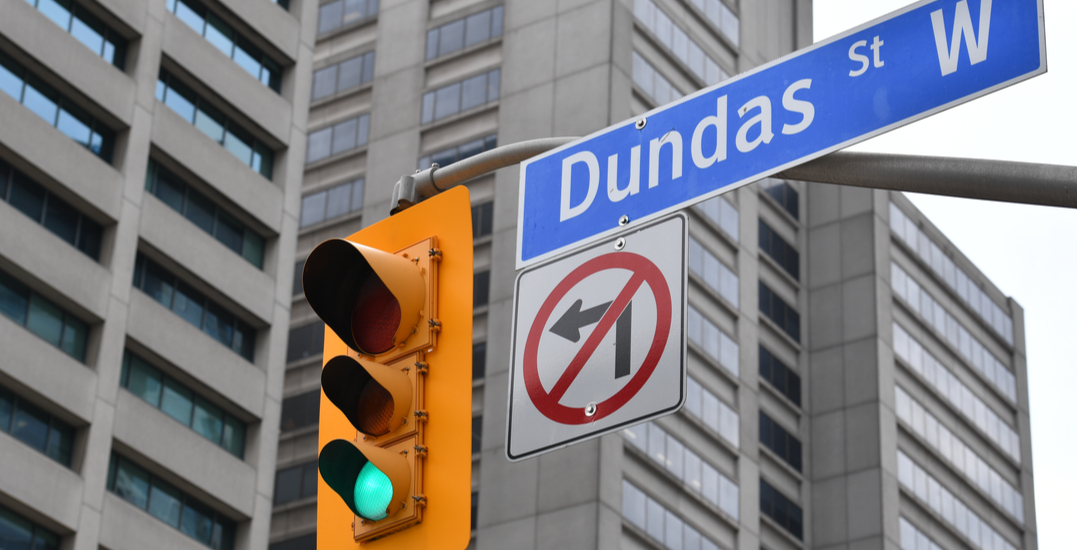 The City of Toronto is beginning to look into renaming Dundas Street and has put forth recommendations for review.

In response to a petition in June calling for Dundas Street to be renamed, Mayor John Tory asked City Manager Chris Murray to form a working group, including the City’s Confronting Anti-Black Racism Unit and Indigenous Affairs Office, and to make recommendations on next steps.

On Tuesday, the City released a briefing note that concludes any decision to rename a major road like Dundas requires “careful consideration of its potential impacts” and an equitable and inclusive public process that responds to the community at large, including Black and Indigenous communities, and addresses neighbourhood considerations as appropriate.

“The process should be coordinated across the City government to review the full range of Dundas-named assets and ensure consistent, coherent community consultation and communications,” the City said.

The city manager has committed to bringing forward a report to the Executive Committee meeting on September 23, and if passed City Council, that will do the following:

Staff have also begun assembling population and business data from a number of sources, including the 2016 Canadian Census and the 2019 Toronto Employment Survey.

Key findings so far include 7,329 properties along Dundas; 102,466 residents and 48,975 dwellings along and immediately adjacent to Dundas; 2,095 business establishments with 25,426 employees along Dundas; and more than 25 Toronto businesses along Dundas Street with “Dundas” in their name.

“The decisions of Council and the City of Toronto’s motto, Diversity Our Strength, make it clear that we must continue to take action to address anti-Black racism – as well as racism against Indigenous communities and equity-seeking groups – in order to build a city that is more inclusive, progressive and reflective of the values of its diverse members,” Mayor John Tory said in a statement.

“Considering the renaming of Dundas Street is just the beginning of the work we need to do to build a Toronto where we all belong. I appreciate the thoughtful and thorough research and analysis that has gone into this briefing note by City staff and look forward to the working group’s future recommendations.”

The petition, which has been signed by more than 14,000 people, objects to the street’s namesake, Scottish politician Henry Dundas, who is believed to be instrumental in delaying the abolition of the Trans-Atlantic slave trade, causing more than half a million more Black people to be enslaved in the British Empire.