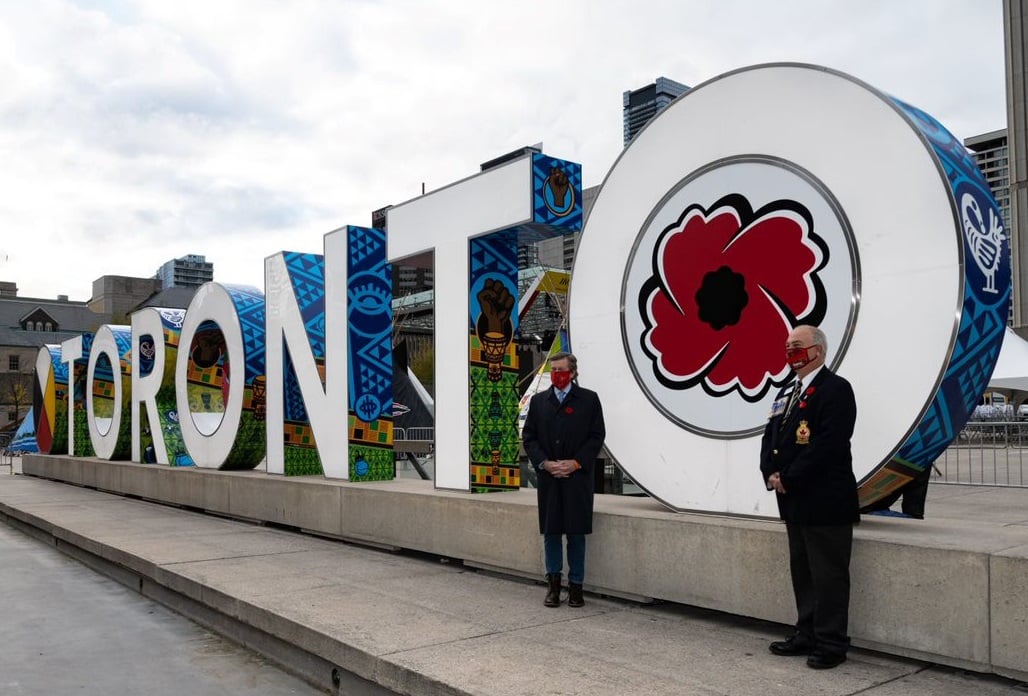 The City of Toronto is hosting several Remembrance Day events across the city this week.

On November 5, Mayor John Tory declared it Remembrance Week until November 11 in honour of those who fought for Canada. In honour of the occasion and the poppy’s 100 year anniversary, the Toronto sign has been given a temporary poppy.

In addition to the poppy, the Toronto sign will be lit up red for Remembrance day.

On Remembrance Day, there will be ceremonies held across the city. All ceremonies will begin at 10:45 am, and for those who are unable to make it in person, they can watch online on the City’s YouTube channel.

The City’s Remembrance Day events will consist of singing the national anthem, a moment of silence, performances on the bagpipes and bugle, a reading of In Flanders Fields, laying a wreath and remarks.

Here is where all the city-held events will be on November 11:

To learn more about each of the elements in the City’s ceremonies, click here.

People can also check out the City’s various social media for posts on Remembrance Day and the people who fought for Canada.

#TorontoRemembers Private Maxwell King, of the Mississaugas of the Credit, who fell at Dieppe. Discover his story and those of other Indigenous veterans at https://t.co/Y4nCWvkDXI. #LestWeForget #IndigenousVeteransDay pic.twitter.com/vfwTJD1CKT