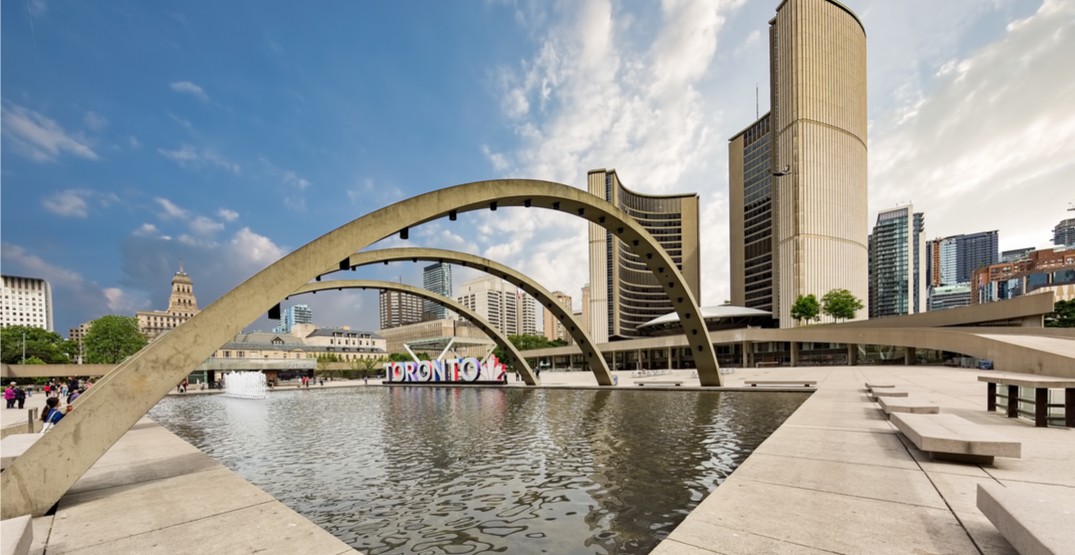 In April, the City of Toronto urged the federal and provincial governments to assistance to assist with growing refugee arrivals. Months later, Toronto continues to request support for its refugee/asylum claimants, calling the situation “urgent.”

In a city report, staff say that “Toronto has exhausted all facilities, personnel, and financial resources available to meet the current needs of refugee/asylum claimants in the municipal shelter system.”

According to the report, refugee/asylum claimants accommodated in college dormitories must vacate by August 9 and Toronto does not have the resources or spaces to relocate them.

And although an exhaustive search for additional shelter capacity is being pursued with federal and provincial colleagues, still no appropriate sites for more shelter space for claimants have been identified, states the city.

Additionally, the flow of refugee claimants has increased significantly towards the end of June.

After Mayor John Tory’s request in April, the Minister of Immigration, Refugees and Citizenship Ahmed D. Hussen said, “my officials have been working closely with their Ontario counterparts to prepare for further irregular migration movement. This includes planning for a triage centre to manage flow and alleviate the housing pressure in major city centres, particularly Toronto. A triage system of this nature is already in place between the Government of Canada, Province of Quebec, and the City of Montreal, and allows for a highly coordinated approach around pending arrivals.”

In its report, the city said that while it is encouraging, “Toronto has yet to be informed of any concrete action such as the location of an Ontario triage centre, the program model, or the identification of additional shelter or housing sites and resources.” 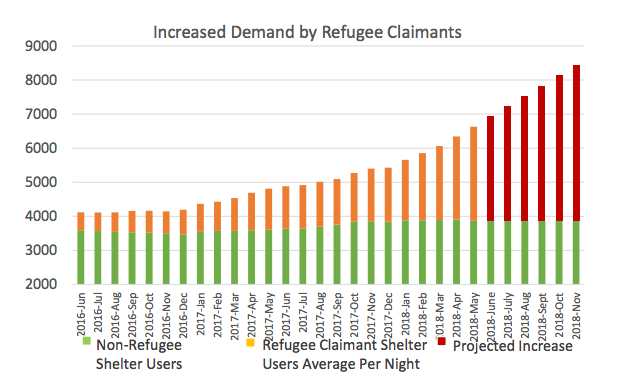 And to date, neither the province or the federal government has provided any direct funding to assist the city with these new costs.

“The City of Toronto’s shelter system cannot manage the pressure any further,” reads the report. “Nothing has changed with respect to the City of Toronto’s commitment to welcoming and supporting newcomers. However, Ontario and Canada must engage and lead this effort if it is going to be successful.”