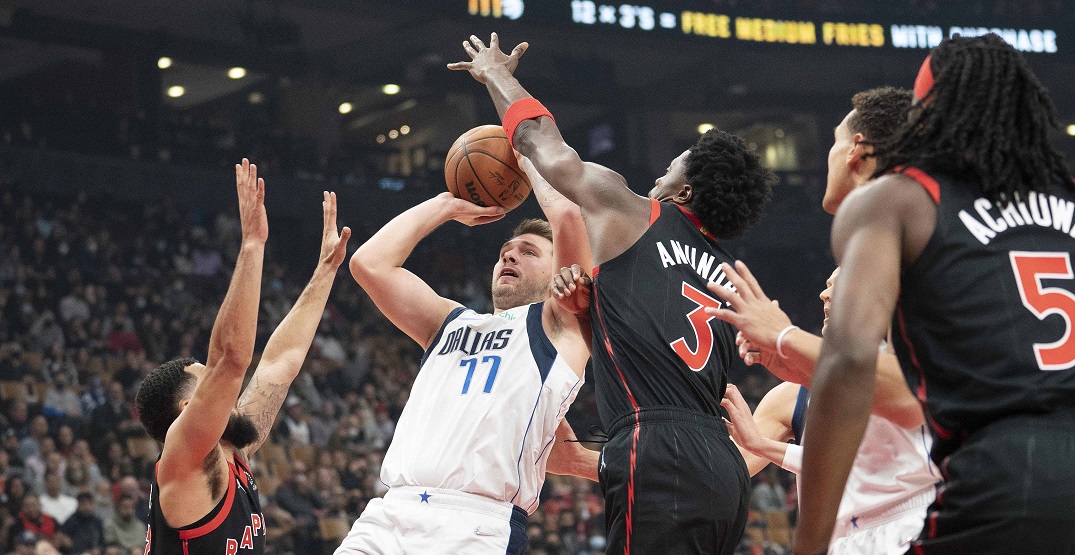 When the Toronto Raptors won the NBA championship in 2019, there’s no denying what a big part of their game their defence played.

And even though just Siakam remains from that group (and has yet to play a game this season due to injury), the Raptors — and head coach Nick Nurse — are starting to show signs of returning to that defensive stalwart form.

Sure, it’s just seven games into a Raptors season that they’ve started with a 4-3 record.

But the early returns of a Siakam-less defence have to please head coach Nick Nurse.

Now on a three game win-streak after a victory over Indiana last night, the Raptors are allowing just 99.7 points per game, good enough for the 5th best mark in the league. When it comes to defensive rating, a stat that shows an average of how many points a team’s opponents score per 100 possessions, they’re at a mark of 101.9, ranking sixth in the league.

Yes, it is early. But here’s how the Raptors’ defensive numbers rank over their last four seasons, beginning with the championship year of 2018-19, Nurse’s first as a head coach.

We do have to take these numbers with a grain of salt, but there’s nothing to be ashamed of, either. In many major categories, this year’s Raptors are looking as strong on the defensive ends as they have since Nurse took over.

Nurse, the 2020 NBA coach of the year, has a strong reputation for being able to adapt to different roster configurations and figure out a system that’s best for his unit.

This year’s challenge comes in the Raptors’ lack of a true big man: no one on the team stands taller than 6’9″.

On the offensive glass, it’s a bit of a double-edged sword. The notoriously short Raptors are actually leading the league in offensive rebounds with 14.4 per game, though that’s partially due to their 42.6 field goal percentage, which ranks 24th in the league. As Nurse has pointed out repeatedly, he loves the hustle, but he’d rather the ball go in the basket.

But the addition of newcomers like rookies Scottie Barnes and Dalano Banton and sophomore Precious Achiuwa have injected new life into the Raptors’ group on both ends of the floor.

And Nurse hasn’t been afraid to be steadfast in his rotations to start the year.

Veteran guard Goran Dragic was first benched on Wednesday against Indiana and has sat out each of the last three games, as it feels like he’s just been a step below the rest of the roster’s energy.

Defence in sports can be particularly tough to quantify, but NBA.com’s “hustle stats” category shows the Raptors are putting up 21.9 deflections per game, which leads the league. In other words, they’re finding ways to get in the face of their opponents’ passing lanes and break up potential scoring chances before they happen.

They’re also first place in the league in loose ball recoveries with 9.9 per game, meaning they’re putting in the effort to chase down any possible change in possession.

A staple of Toronto’s defensive game over the last nine seasons had been the frequency in which former Raptor Lowry would draw charging fouls, but the team hasn’t actually drawn a single charge this season.

If you’re curious, Lowry’s drawn three, while his Heat lead the league with 13 charges drawn (the next closest team has seven).

Of course, there’s still 75 games left, with Toronto still yet to play many of the league’s top offences. But if the Raptors are to make a playoff push this season, they’ll need their defence to keep stepping up like they have so far this year.