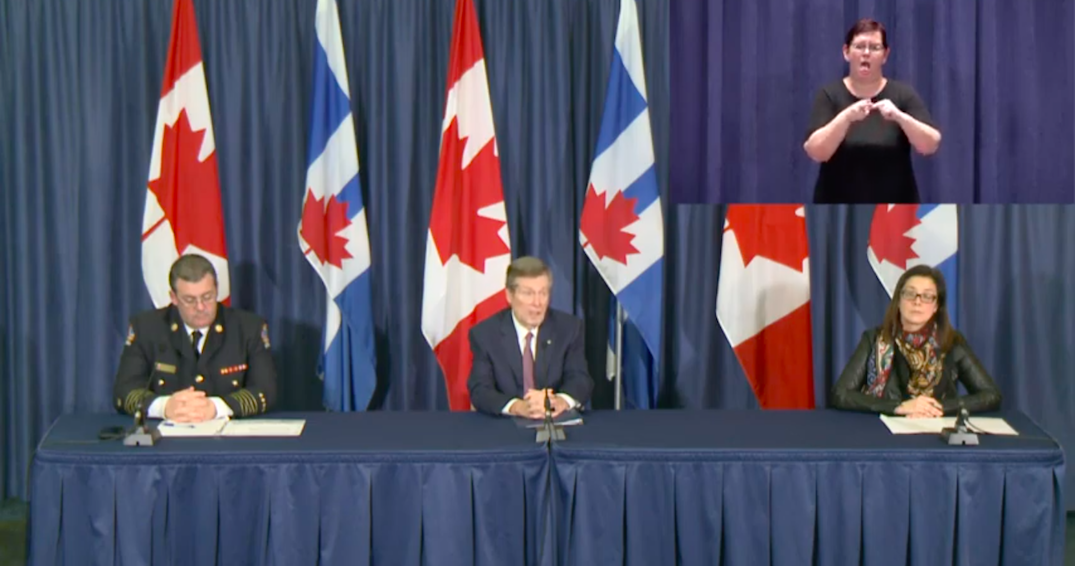 Eight Toronto Public Health workers, along with 12 physicians, 13 nurses, and six other healthcare staff, have tested positive for COVID-19. The frontline healthcare workers are among the 591 total cases in Toronto right now.

On Monday, Toronto’s Chief Medical Officer Dr. Eileen de Villa, confirmed that the Toronto Public Health staff members are in self-isolation, with close contacts of the individuals being monitored as well.

De Villa said that the vast majority of workers at Toronto Public Health have been told to work from home, and those who must still be active on the job are wearing the appropriate PPE.

Of the 591 cases, 67 are in hospital, 30 are in ICU with 30 cases resolved. Around 24% have contracted the virus through community spread, with six deaths reported in the city.

“With the six deaths in Toronto, we are going to scale up our efforts,” de Villa said. “There is the potential for increased measures to limit the impact of this disease.”

She added that “physical distancing is absolutely critical to our health as individuals.”

De Villa strongly urged for residents to stay at home saying that the significant increases of cases will continue with “similar patterns in the days ahead.”

“We should expect that more of us get sick and for some it will be fatal,” she said. ” This is why it is so important to stay at home and reduce virus spread.”

Mayor John Tory also remarked on the importance of staying home, touching on incidents of residents gathering in groups in parks and ignoring city signs to not gather in green spaces.

“This past weekend, we got calls from 311, councillors, and saw on social media posts that people have been gathering in parks and climbing over fences and gates,” Tory said. “This is irresponsible behaviour. We need people to respect the closures we have reluctantly imposed.”

Tory and Chief Matthew Pegg said that fines can be given for individuals who do not obey these new laws with fines anywhere from $750 to $5000.

Both said that there have been blitzes of Toronto Police and city staff around the city giving fines and warnings to residents.

Last week, the Mayor announced the closure of city-owned parks and playgrounds.