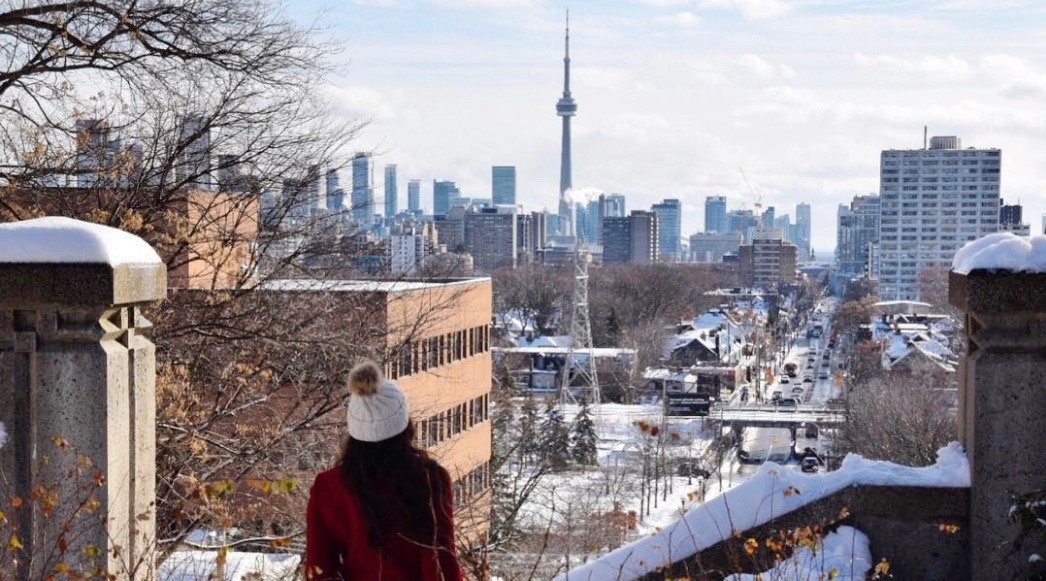 Considering that we’re officially a week away from Christmas Eve, the age-old question returns: Will there be a white Christmas this year?

And considering how cold and snowy it’s been in Toronto over the past few weeks, one might assume waking up to a yard full of snow might be in the cards.

However, according to The Weather Network, sadly this most likely won’t be the case for Torontonians this year.

The Weather Network says snow cover is rather thin or non-existent for parts of the country, especially across the southern Prairies, southern Ontario, southern Quebec, large parts of Atlantic Canada, and the south coast of BC.

And as we begin the final countdown to December 25, most of the country will experience a “pattern reversal” with much milder pacific air replacing the recent arctic air across central Canada.

As a result, a large portion of the country will most likely be without a white Christmas this year, including Toronto. 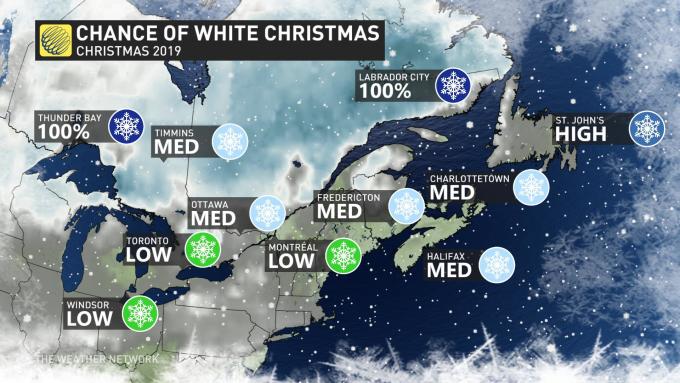 Chance of a White Christmas 2019

At this point, The Weather Network says a white Christmas looks unlikely for most of the region (outside of the lake effect snow belt areas), including Windsor, Toronto, Hamilton, and Niagara.

The Weather Network says this region will see some very cold weather and some snow during the middle of this week, but much milder weather is on the way for the weekend and early next week.

The temperature is expected to reach -13°C by Wednesday night, and that doesn’t include the wind chill.

The Weather Network said that the strong winds will make for “some of the coldest wind chill values southern Ontario has seen so far this season.

However, The Weather Network says it’s still possible that the cold weather could hold on longer than expected or that we get a “pre-Christmas surprise,” but hope for a white Christmas is fading across this region.

However, a milder pattern before Christmas is still great news for travel and for last-minute shopping.