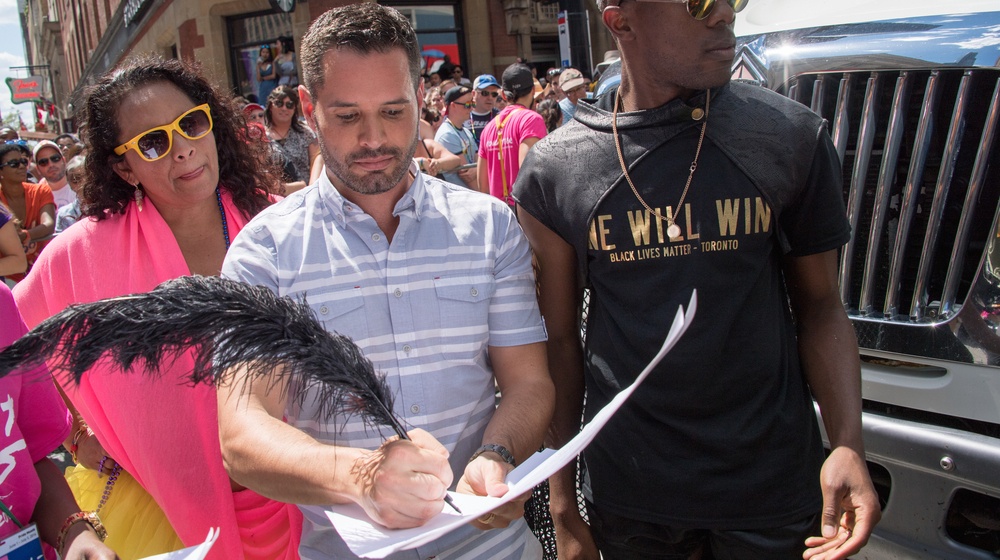 Pride Toronto’s Mathieu Chantelois has resigned from his position as the executive director of the not-for-profit organization that organizes the annual citywide Pride festivities, including the Pride Parade.

The announcement of his departure was made on Pride Toronto’s social media accounts earlier today and notes that he is pursing another opportunity with another organization. Additionally, as an interim measure, the Board of Directors will support and provide strategic direction for Pride Toronto until a new executive director has been appointed.

In June during the Toronto Pride Parade, he was heavily criticized for signing an agreement with Black Lives Matter Toronto that would ban police participation at all future parades. This was in response to a sit-in by the Black Lives protesters that caused the parade to come to a halt for about 30 minutes.

However, Chatelois later said he signed the agreement so that the parade could carry on and that any decision on police participation would be made by the Board of Directors.