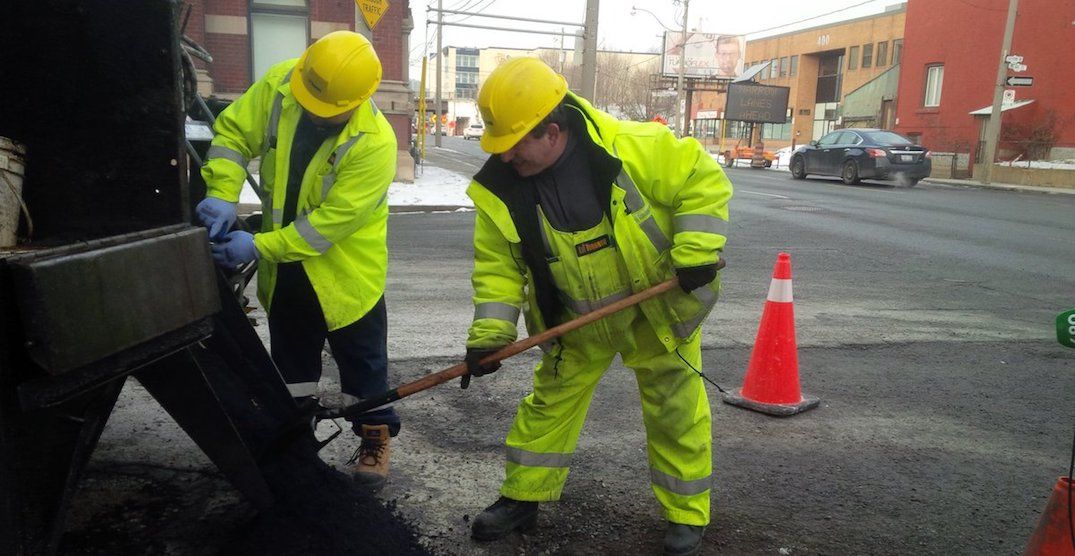 The City of Toronto has repaired a record number of potholes so far this year.

As of March 20, the City has fixed 110,595 potholes since January 1, marking the highest amount in the last five years. The previous record was 87,188 potholes patched during the same time period in 2014

“I want to thank City staff for repairing as many potholes as possible already this year so our roads could be in the best condition possible for the start of Spring,” said Mayor John Tory in a statement. “Filling potholes in a timely and efficient manner is part of the nuts and bolts of City activities that people expect us to deliver so everyone can get around on the roads safely.”

According to the City, they fill approximately 255,855 of the holes a year, and on a typical day, 25 crews are out repairing potholes. During blitzes, the City had 55 crews working on filling potholes across the city, including on the Gardiner Expressway and Don Valley Parkway.

This year, the City will spend about $171 million on roadwork, which includes $36 million from the operating budget for road repairs and $135 million in capital budget funding for road-related state of good repair work.

Over the next few years, there will be some roadwork underway for the following streets: