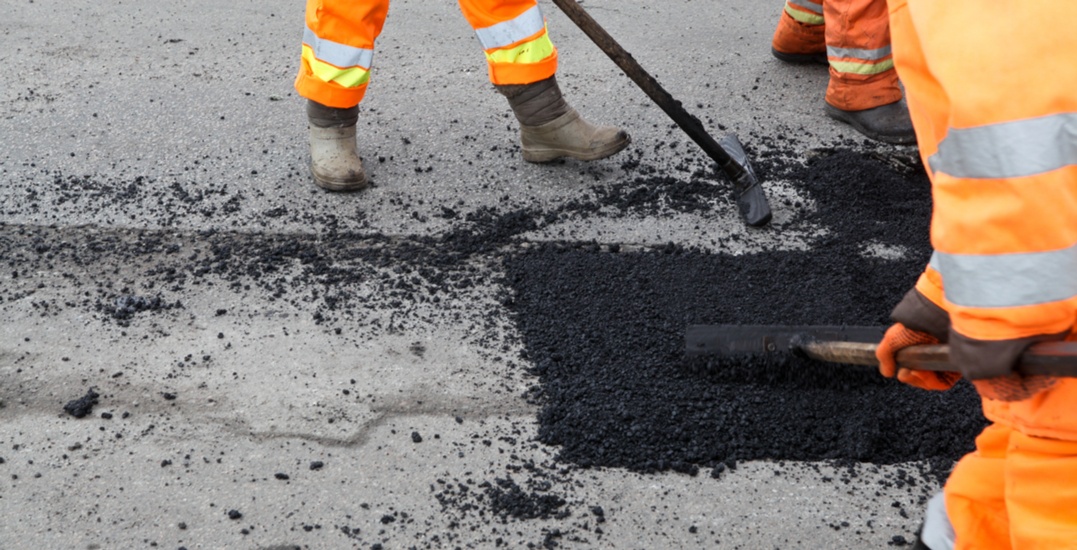 As we head into the second month of 2018, the City of Toronto is sending out a crew to conduct another pothole repair blitz this weekend.

A similar blitz last Saturday led to more than 15,000 potholes being filled.

According to the City, on a typical day, 25 crews are out repairing potholes, but during the blitz, 55 crews will work on filling potholes across Toronto, including on the Gardiner Expressway and Don Valley Parkway.

Drivers are advised to expect minor delays and to give crews space while this work is conducted.

Mayor John Tory has advised drivers to have patience when driving around crews and added that there have been reports from crews of bad behaviour from drivers during pothole repairs in the past.

City crews are out fixing potholes today & tomorrow as part of a blitz.
Please have patience when driving around them. We’ve had reports from crews of bad behaviour by a few drivers. No City worker should be subject to rude or abusive behaviour when they are out doing their job. pic.twitter.com/GV1DeUwrD0

Potholes are created when water penetrates the top layer of asphalt through cracks in the road, and when the moisture freezes and expands, sections of the pavement are forced up. The city said that the weight of vehicles going over this section of road then breaks the pavement and the asphalt is forced out.

So far, the city has repaired 25,532 in 2018. These repairs are part of a comprehensive road maintenance program, which allows the city to spend approximately $171 million annually on road repairs, rehabilitation and maintenance work, including between $4 and $5 million to fix potholes.

Anyone who comes across potholes can report them to the city online or by calling 311. When reporting, you’ll be asked to provide the location and the estimated size of the hole.