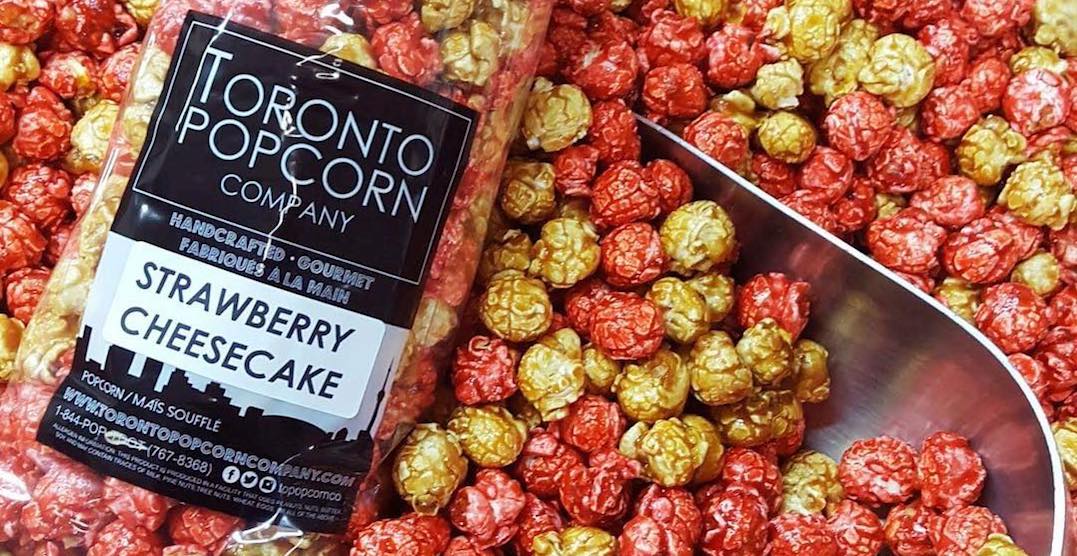 One of the greatest spots the city’s got to stock up on gourmet movie-watching snacks is about to double up.

The Toronto Popcorn Company has announced that they’ll soon be opening a second location. This time, in the east end.

And while an official date has yet to be announced, you can count on salty and sweet snacks hitting the neighbourhood post-haste. The new store is set to open at 1948 Queen Street East soon.

While the quaint Kensington Market-based shop offers the classics you know and love (think cheddar, caramel, etc.) it’s known for its roster of over-the-top, never-woulda-thunk-it creations.

We’re talking: Vanilla Sponge Cake, Strawberry Milkshake, Peanut Brittle, Maple Bacon, Cookies and Cream, Cinnamon Toast, and many more options for those who like it sweet.

And for the ones who prefer a savoury snack, Honey Mustard, Nachos, Pizza, Taco and Tex-Mex flavours are only the beginning.

So watch this space, because this spot’s going to be poppin’.