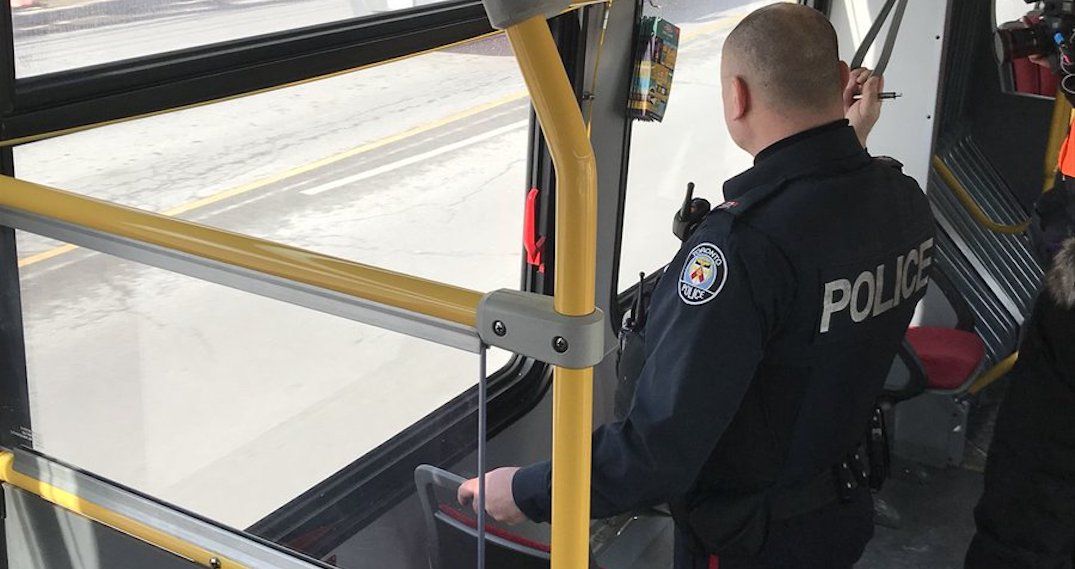 Between Monday, January 14 to Sunday, January 20, the Toronto Police Service were on a “zero-tolerance enforcement and awareness traffic safety campaign” that focused on drivers operating a motor vehicle while using any hand-held communication or entertainment device, including cell phones.

During the blitz, officers patrolled for distracted drivers on foot, bicycles, unmarked police vehicles, pick-up trucks and on TTC buses and streetcars.

At the time, officers were riding in the back of streetcars and buses and when they spot distracted drivers on the road, they called into officers in cruisers following in front and behind the TTC vehicle to pull the drivers over and issue them a ticket.

As a result of the campaign, hundreds of drivers were charged.

“Zero tolerance enforcement was a large part of this campaign,” said Toronto Police. “Driving while holding a cell phone happens far too often, we all see people doing it. A clear message needs to be sent to all drivers that when you are behind the wheel, your only focus should be on the task of driving.”

Good morning @TorontoPolice officers will be focused on drivers who use a cell phone when driving all week. Too often #DistractedDriving contributes to collisions and injury. Penalties increased Jan 1 . Make a change this week, turn the📱off, or put it away before driving ^bm pic.twitter.com/9cJHx6vMik