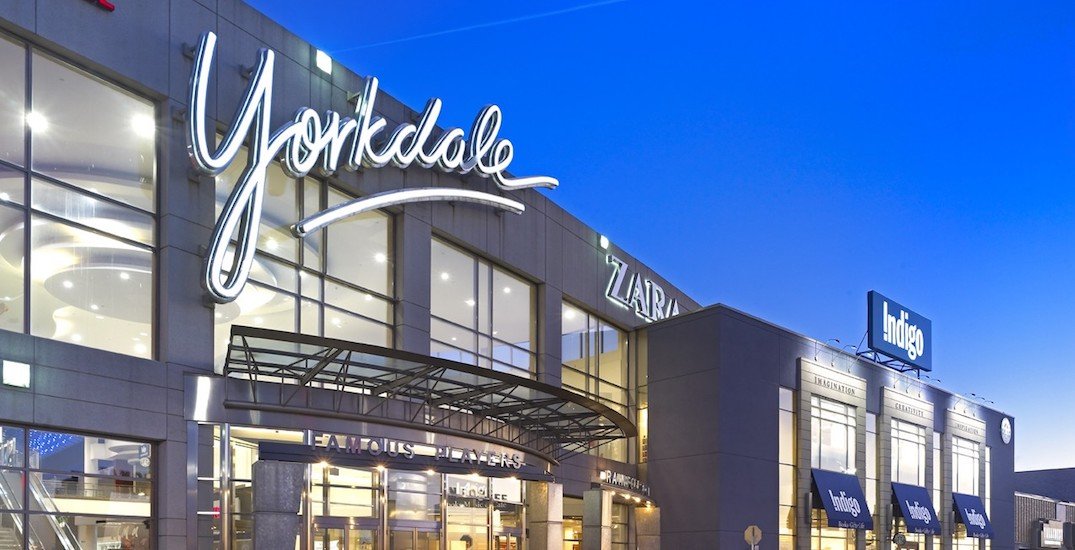 Toronto police are looking for multiple suspects following a shooting at Yorkdale Mall on Thursday afternoon.

The shooting took place before 3 pm, and police say it was possibly the result of an altercation between two groups of males, with at least three per side.

Two shots were fired, and two suspects were last seen in the South East corner of the shopping mall.

Police are now assisting store employees to secure the mall and retrieving personal belongings. They are also allowing customers and staff members with vehicles in the underground parking to get their vehicles.

While no injuries were reported as a result of the shooting, one person was treated by Toronto Paramedics.

“This is not as a direct result of the shots fired,” said police.

Officers only released two descriptions of suspects earlier today. One is a Black male in his 20s, wearing a black jacket (hoodie), and blue jeans. The second suspect is described as male, mixed, in his 20s, 5’9″, skinny, with a black handgun.

The TTC continues to bypass Yorkdale Station due to the shooting.

Line 1: Trains are not stopping at Yorkdale due to police activity. Alternate routes: 109 Ranee bus to Lawrence West Station or 29 Dufferin bus to Wilson Station.

Yorkdale Mall issued a statement saying they will be closed for the rest of the day to allow police to investigate.

“Yorkdale is secure and we are cooperating with police to safely evacuate the centre,” they tweeted. “We expect to open as scheduled tomorrow morning at 10 am.”

“Whether it is Yorkdale Mall or anywhere else in Toronto, people should not have to worry about gun violence breaking out – at any time. There are too many guns available to criminals in the city and I am determined to end that with the help of our police and our government partners.”