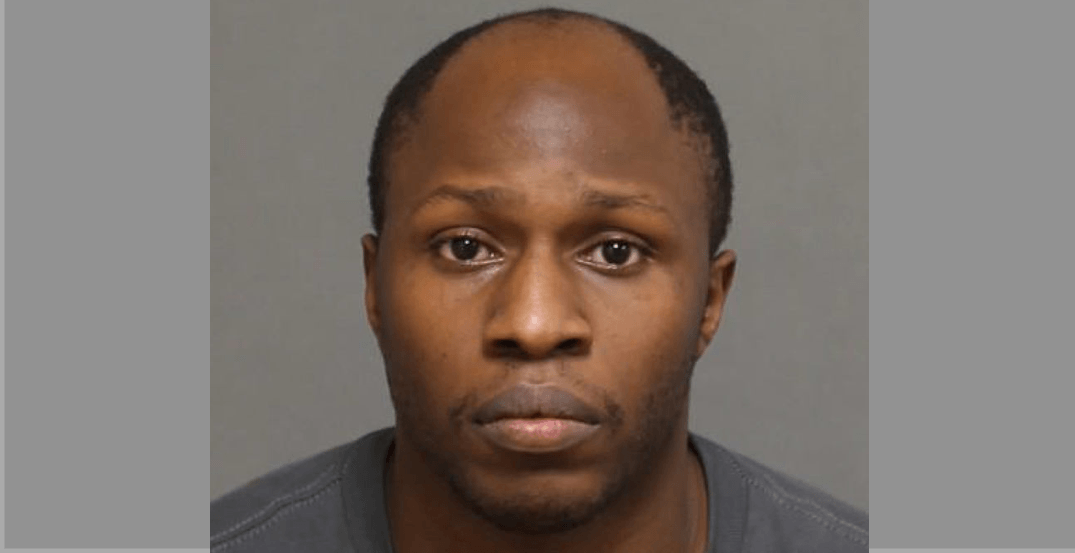 Toronto Police Service is requesting the public’s assistance locating a man wanted in relation to a sexual assault investigation.

According to police, on Thursday, December 20, at 2:58 pm, officers were called to the Lakeshore Boulevard West and Royal York Road area.

Police say a woman was allegedly kidnapped at knifepoint by the suspect, 31-year-old Garnet St. Clair of Toronto. The victim was forced into a nearby apartment, threatened, assaulted with a weapon, and sexually assaulted.

St. Clair is believed to armed, violent and dangerous. If located, do not approach, call 9-1-1 immediately.

A sexual assault is any form of unwanted sexual contact. It includes, but is not limited to, kissing, grabbing, oral sex and penetration.