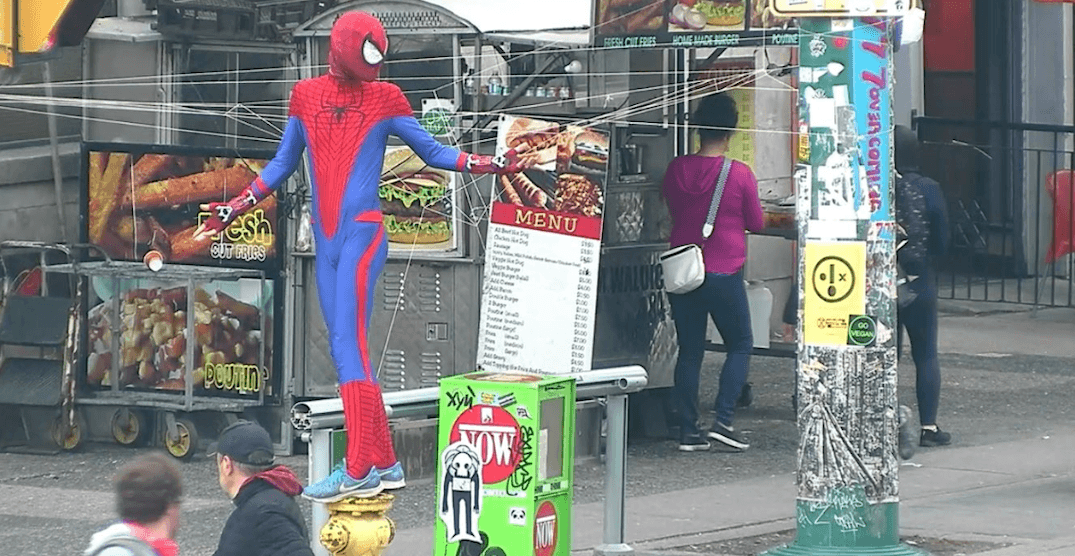 While Spider-Man is known to be a “friend,” Toronto Police are warning of a man dressed as the comic book character… who may not be so friendly.

According to Toronto Police, as of Tuesday at 2:50 pm, the man dressed as Spider-Man has thrown lines/rope over streetcar wires at Queen and Spadina.

The Spider-Man has allegedly also “webbed” off part of the sidewalk.

The masked man is allegedly a street performer.

Following their initial tweet, police say that officers attended to the scene no streetcars were affected, and there were no impediments to the sidewalk.

“Spiderman is back to performing for people,” police said. 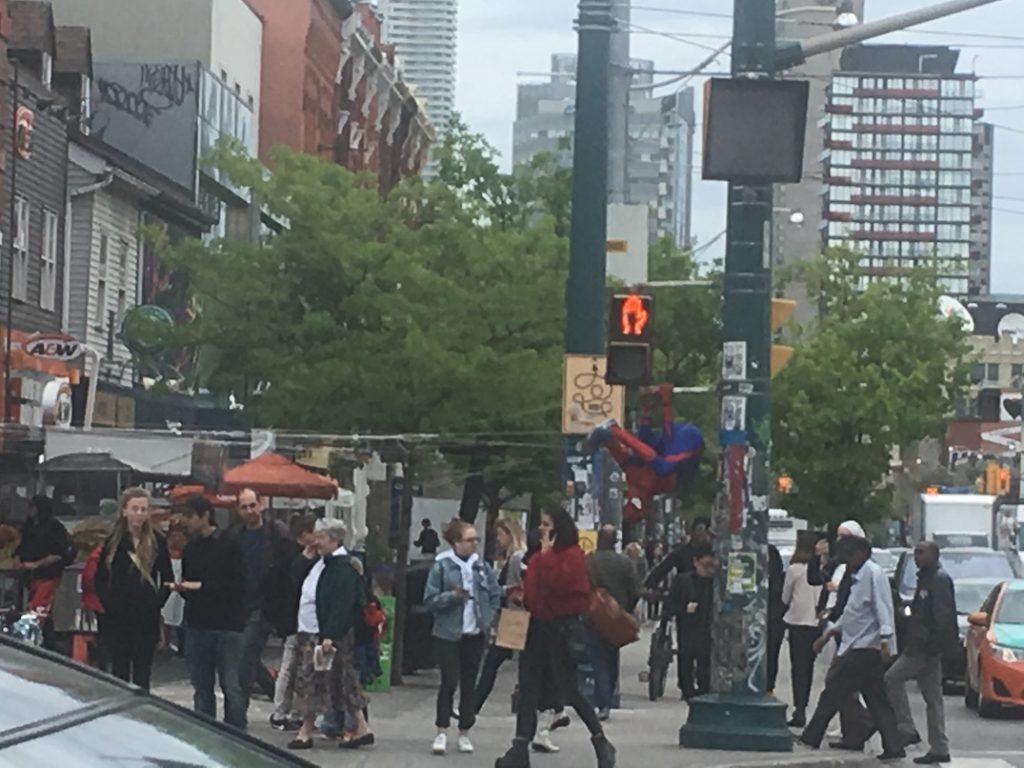 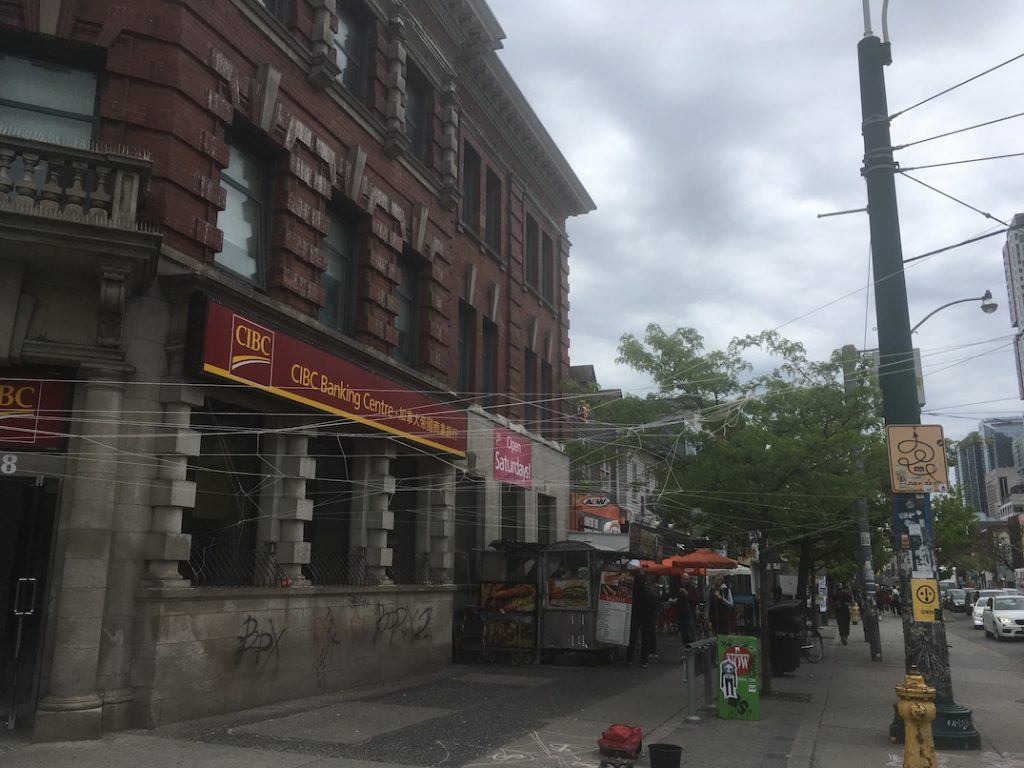