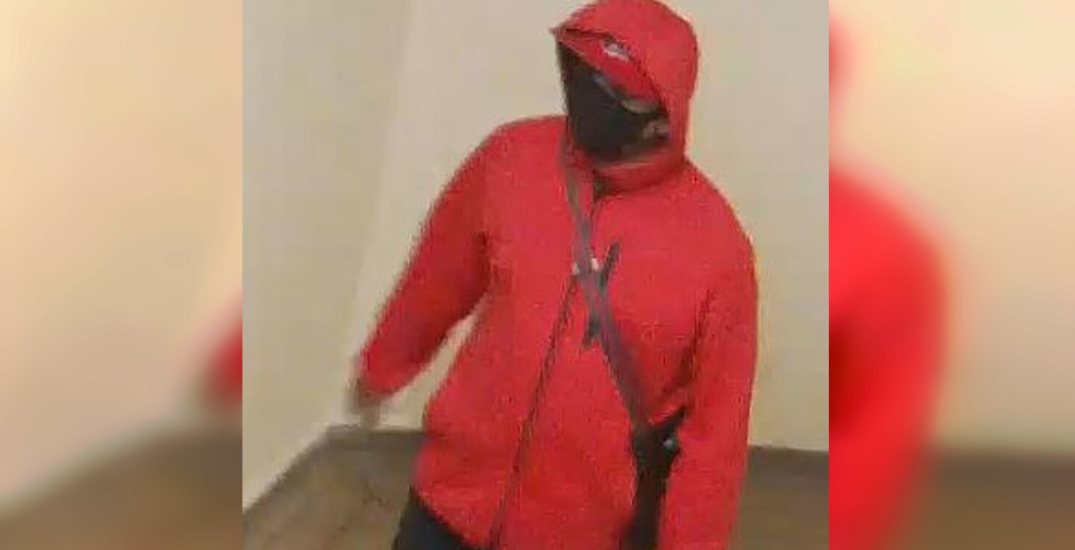 Toronto Police released photos and video of a man who they allege chased a group of people and pointed a gun at them in an effort to identify the suspect.

On Friday, October 30 around 6:30 pm, police say they responded to a call for a person with a gun in the area of Sackville Street and Oak Street.

Police allege that a man chased a group of six people and pointed a firearm at the group as they were running away.

The man was then seen holding a firearm, police say.

The man is described as being in his 20s with a light complexion, approximately 5’8 with a medium build. Police say he was wearing a red baseball cap with a logo on the front, a red hooded jacket and had the hood up around his face, a black face mask, navy blue jeans, and grey and white shoes.

He was seen carrying a dark coloured satchel across his torso with a red and black strap. 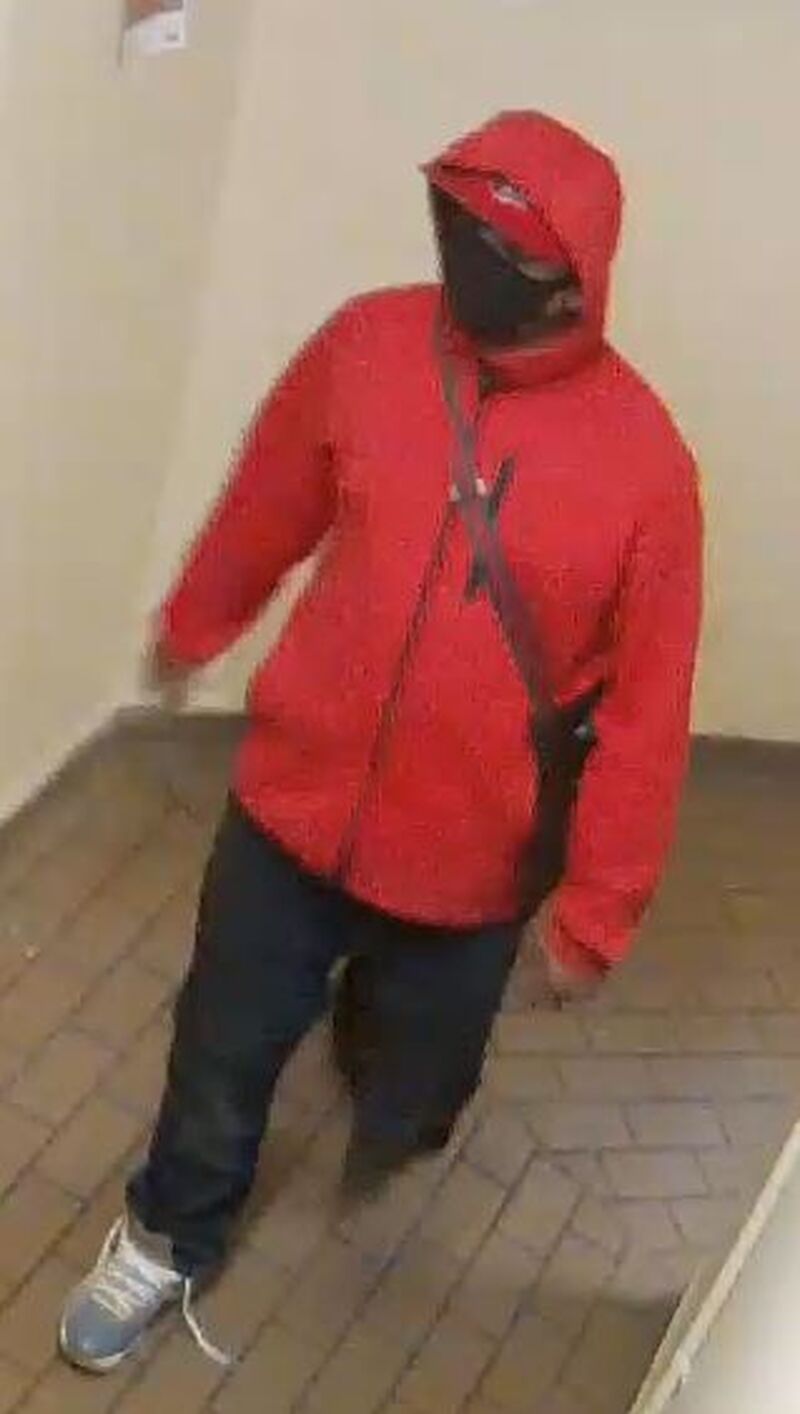 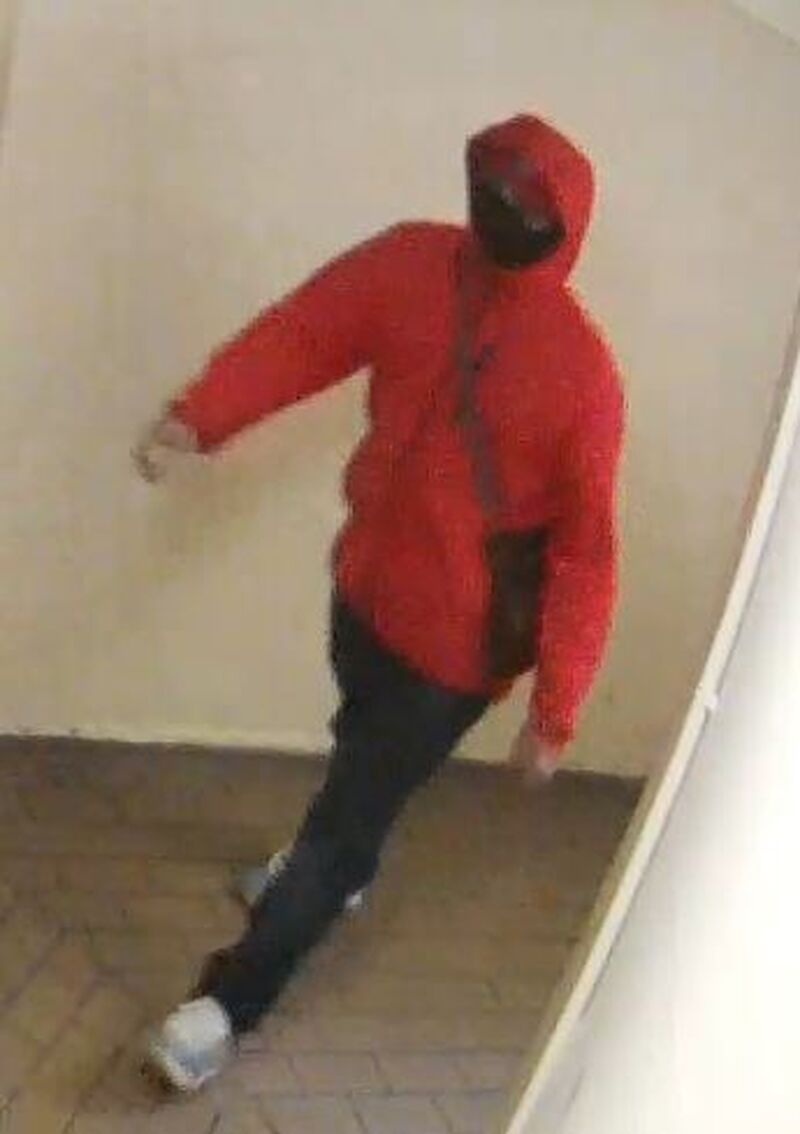 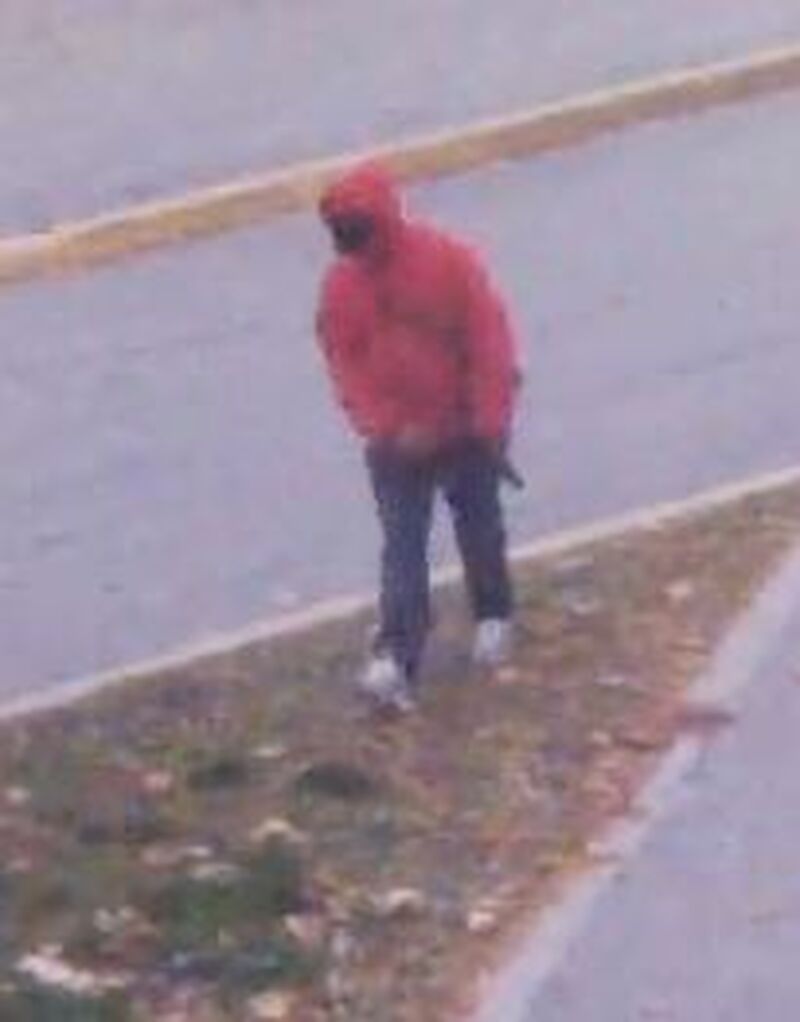