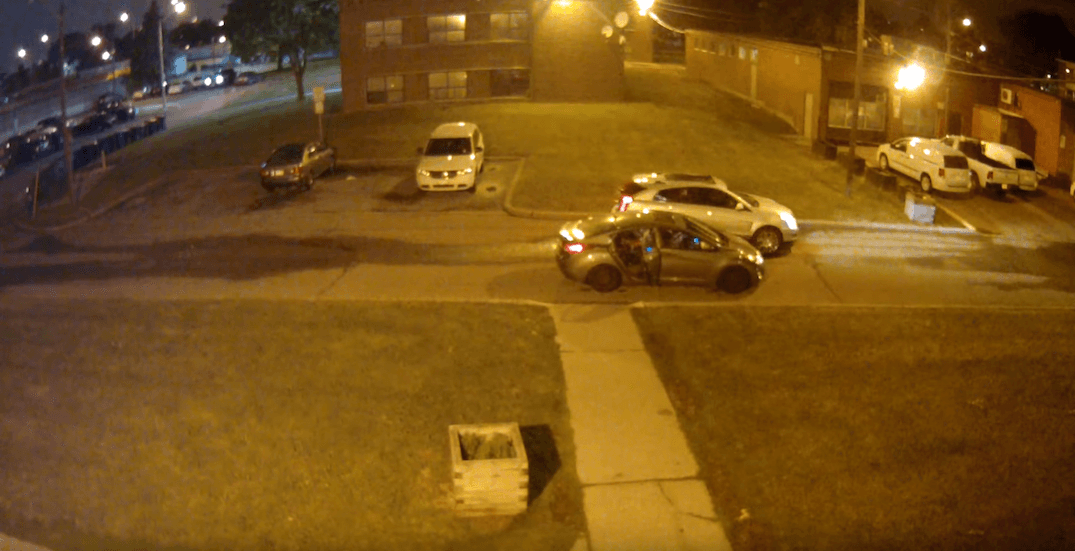 Toronto police are looking to identify a murder suspect after a shooting early Sunday morning.

According to the Toronto Police Service, on Sunday, June 24, 2018, at 1:56 am, officers responded to a shooting in the Replin Road and Old Meadow Lane area near Lawrence and Allen Road.

It is reported that a woman was a passenger in the back of a vehicle that was parked on Old Meadow Lane.

While parked, another vehicle drove by, and a person in the backseat of the other vehicle fired a shot, striking the woman in the chest.

Police say responding officers located the woman inside the vehicle, she was rushed to hospital where she succumbed to her injuries and was later pronounced dead.

The woman has been identified as 31-year-old Jenas Nyarko of Toronto.

The suspect vehicle is described as a grey or silver SUV.