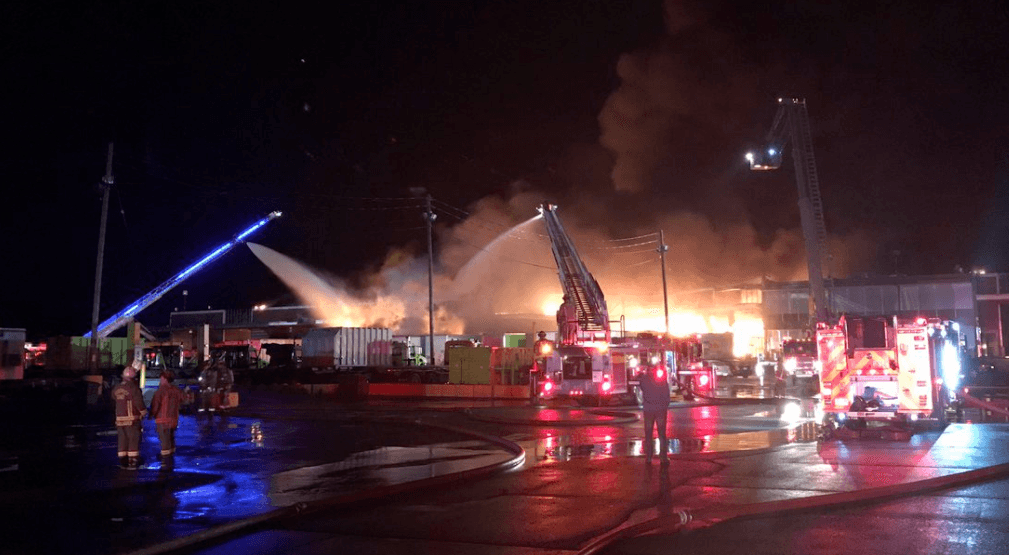 Last night, Toronto firefighters were called to 242 Cherry Street, in the Port Lands, shortly before 1 am.

“One of the things that makes this incident unique for us is that a very significant portion of the fire suppression lines that are being flowed on this fire are actually being supplied by the William Lyon Mackenzie fire boat,” added Chief Pegg.

Great black clouds of smoke and embers from the fire could be seen moving inward toward the CN Tower and the smell downtown was apparent for many.

#views of the black smoke rolling into the city. I can hardly see the CN Tower. #torontofire #toronto

The fire also broke through a fire wall and into a used mattress storage facility next to the recycling plant, becoming impinged in the mattress themselves. This caused one of the greatest challenges for the crews, according to Chief Pegg.

Thankfully, the rain has helped in the fight.

Chief Pegg will deliver his next update on the fire at noon today.