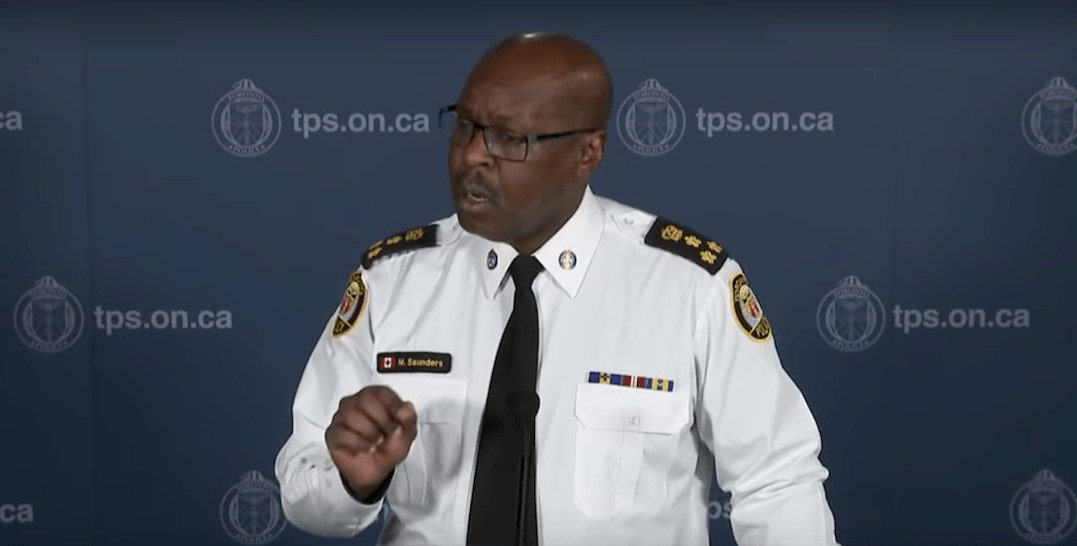 There have been 96 homicides in Toronto this year.

According to Toronto Police, On Friday, December 21, 2018, at approximately 9 pm, officers responded to a call for a shooting in the Kipling Avenue and Rowntree Road area.

It is reported that two men, aged 19 and 20, were in a vehicle when they were shot. A 51-year-old man in the area was also struck.

All three men were transported to hospital with gunshot wounds.

On Thursday, December 27, 2018, one of the victims succumbed to his injuries.

The victim has been identified as Cimran Farah, 20, of Toronto.

Toronto Police Chief Mark Saunders spoke at a year-end press conference yesterday, where he addressed concerns about gun violence in the city.

“When we look at gunplay, there is no magic-pill solution,” Saunders said.

When questioned about whether he expects that 2019 will bring similar numbers of homicide deaths, Saunders said that “this is a year like no other year,” taking into account mass-casualty incidents such as the van-attack that occurred in April.

“I’m certainly not looking for another year like that,” Saunders said. “I’m not looking at an upward trend.”