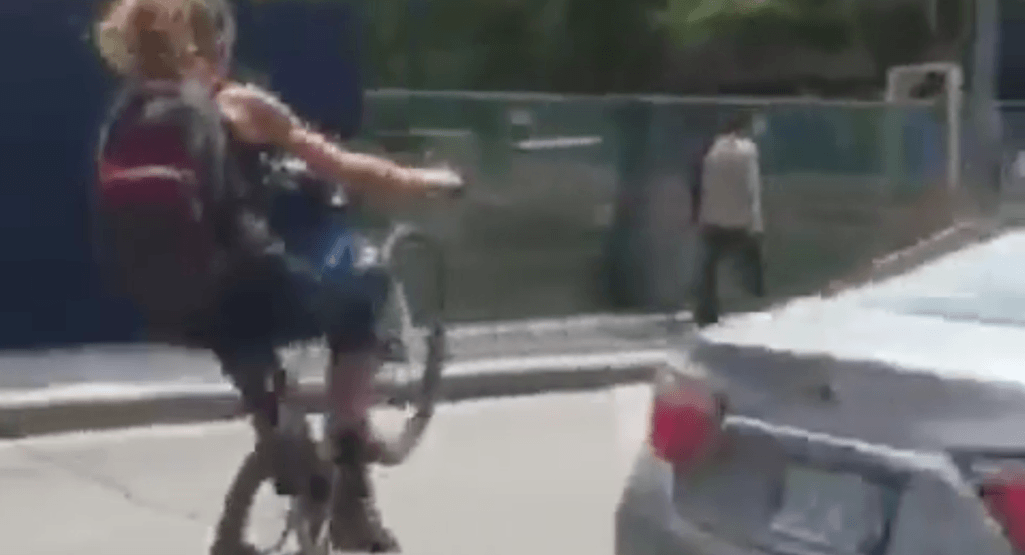 A cyclist has been charged following a series road stunts on Yonge Street.

In June, an Instagram user posted a video of himself cycling along Yonge Street poppin’ wheelies, when Toronto police saw the video and decided to call out the user on their own social media account.

“Thanks for the video, great riding skill, but dangerous cycling behaviour. You now have our attention,” reads Const. Clint Stibbe in the Toronto Police Instagram post. “Your video shows evidence of careless driving under the HTA, as well as several by-law offences.”

And now, police say they have charged the 28-year-old cyclist shown in the video.

Witnesses to this incident are asked to contact Cst Clint Stibbe Traffic Services Toronto Police 416-808-1900 #BikeTO Message from Cst Stibbe: Thanks for the video, great riding skill, but dangerous cycling behaviour… YOU now have our attention.  Your video shows evidence of careless driving under the HTA, as well as several by-law offences.  You have put several pedestrians in harm’s way as a result of your actions. Road safety is a shared responsibility and this type of disregard for safe riding on city streets does not forward the cycling agenda in the City of Toronto, and puts you at risk of serious injury or death.  If anyone knows when and where this offence occurred, please contact the Toronto Police Service at 416-808-1900, so we may move forward in laying charges against this cyclist for the offences he has committed. @Regrann from @mylittlebikeshop – @chain_yanker caught me for a quick clip on Yonge Street ✔…. haven’t been on this bike much lately. I am super excited to get my new @circabicycle titanium 29″ street deluxe MTB soon. – #regrann

The cyclist, who was riding southbouth on Yonge just south of Wellesley Street on June 17, weaved through traffic, rode on the sidewalk,  failed to signal lane changes, failed to yield to pedestrians, and failed to stop for a red light.

He’s been charged with careless driving, and is scheduled to appear at Old City Hall on Thursday, October 19.