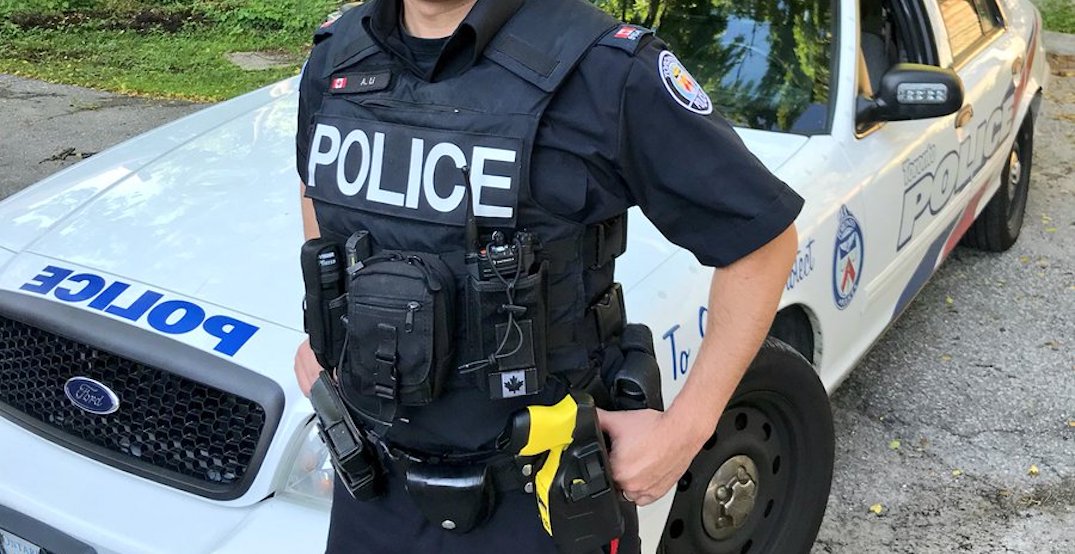 The use of tasers is up, according to the Toronto Police Service Board.

In February, the board decided to expand its use of conducted energy weapons (CEW) and training officers to use them.

According to a report scheduled to be heard at a board meeting on Thursday, as of August 2018, there were 361 Police Constables and 413 Sergeants trained and qualified to use a CEW.

Of those trained, police use the tasers as “a demonstrated force” presence in 60 of 78 instances or 76.9% of the time.

This is the highest demonstrated force presence ever recorded by Toronto police, and can be attributed to PCs choosing to display a CEW “in lieu of resorting to empty-hand techniques to resolve a potentially volatile situation.”

“When comparing 2017 and 2018 CEW statistics for the same quarterly reporting periods, the number of CEW uses has increased,” reads the report. “This is attributed to PCs having the option of displaying a CEW in lieu of resorting to empty-hand techniques to control a non-compliant or assaultive subject.”

As for its effectiveness, police say that is measured by the ability of officers to gain control of a subject while utilizing a taser. The report states that its use has been shown to be 87.2% effective.

In its conclusion, the report states that the higher use of tasers was an expected outcome of its expansion.

“Police Constables respond to more calls for service than Sergeants and are faced with more situations involving arrests and apprehensions,” it says.

“PCs used demonstrated force presence in 76.9% of incidents where they felt that the use of a CEW was the most viable force option. This illustrates that they are making sound decisions and using only as much force as is necessary to resolve unpredictable and often perilous situations.”

The Toronto Police Service Board meets today at 1 pm at police headquarters on College Street.