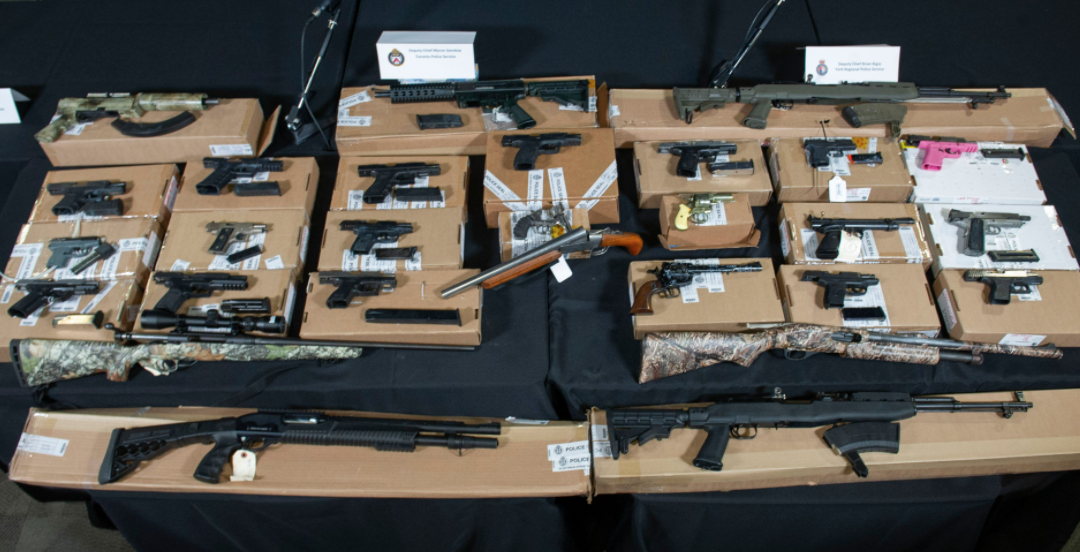 Toronto police, along with multiple other police forces across the province, dismantled a violent street gang and laid hundreds of criminal charges.

According to police, the year-long operation, called Project Sunder, was an intelligence-led operation that targeted over 100 individuals who were alleged to be responsible for crimes such as murder, attempted murder, offences related to firearms, drug and human trafficking in areas from Toronto to Thunder Bay.

Officers say these people were involved in the Eglinton West Crips, a dangerous gang based in Toronto.

“What started as a local investigation into a dangerous street gang known as the Eglinton West Crips turned into a complex, multi-jurisdictional project involving arrests in 15 different cities,” said Deputy Chief Myron Demkiw. “Thanks to the cooperation of these other police services, we have been successful in dismantling this criminal organization and taking guns and drugs off the streets of many communities.”

Over the course of several months, 141 search warrants have been executed. After all of the charges have been laid, it is anticipated more than 114 people will face approximately 800 charges.

In addition to the arrests, police also seized 31 firearms, including four over-capacity magazines, seven kg of cocaine, two kg of fentanyl, two kg of crystal methamphetamine, smaller amounts of other drugs including heroin, oxycodone, percocets, and MDMA, and over $300,000 Canadian dollars.

Partnership among police services across the province made these 100-plus arrests possible https://t.co/vVBzhl17hN

Toronto police had help from Waterloo police, OPP and other forces across Ontario.

“The number of weapons and drugs seized during this joint investigation should be concerning to all communities and demonstrates the commitment from Ontario police services to disrupt illegal trafficking, gun and gang violence in our province. We will continue to combat such violent crime and ensure individuals responsible are brought to justice.”