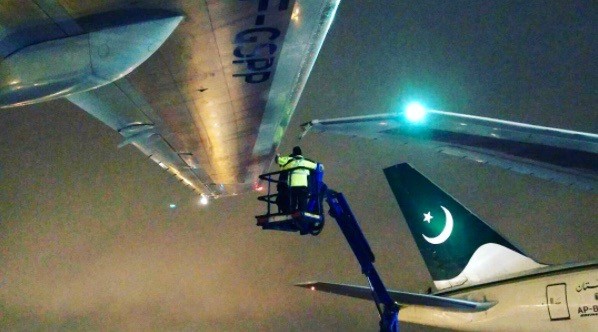 Last night at Toronto Pearson International Airport, an aircraft ran into another aircraft while on the way to its gate.

A GTAA spokesperson has confirmed to Daily Hive that it was a Pakistan International Airlines (PIA) aircraft that “touched the wing of a parked Air France aircraft as it was taxing into the gate.”

The incident occurred at approximately 6 pm, and the GTAA has confirmed that no injuries were reported. The transportation Safety Board of Canada has been notified.