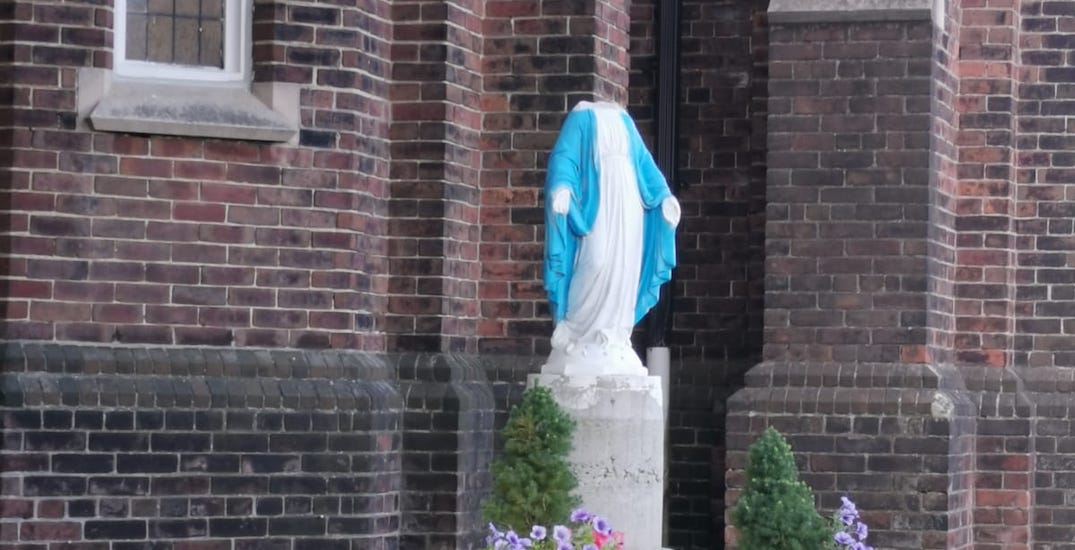 A Virgin Mary statue at Toronto’s Our Lady of Lebanon Parish was found headless over the weekend before masses began.

According to their statement, on August 30, before masses, those at the parish discovered the decapitated statue which rests in front of the church.

“Most probably this was done during the night or at dawn. We couldn’t find the head anywhere near the statue,” said OLoLP in a Facebook statement.

Sunday August 30th, 2020, before we started our Masses at Our Lady of Lebanon church Toronto, we were shocked to discover a horrible act of vandalism: We found that the statue of the Virgin Mary, erected in front of the church, was completely decapitated!https://t.co/xuJxh17F7b pic.twitter.com/VemWvkiV5Y

“Our parishioners, when exiting the church, were horrified to see such a deplorable and malicious act.”
The parish hopes to find evidence of who the culprit may be after reviewing security cameras that are installed around the premises.
“Thank you all, dear parishioners and friends, for your calls, emails and messages, in which you express your concerns and deplore this ugly act.”

In an email to Daily Hive, Toronto police said they are currently investigating, however, due to the case being in its preliminary stages, they do not have a comment.

TPS is currently on the scene.