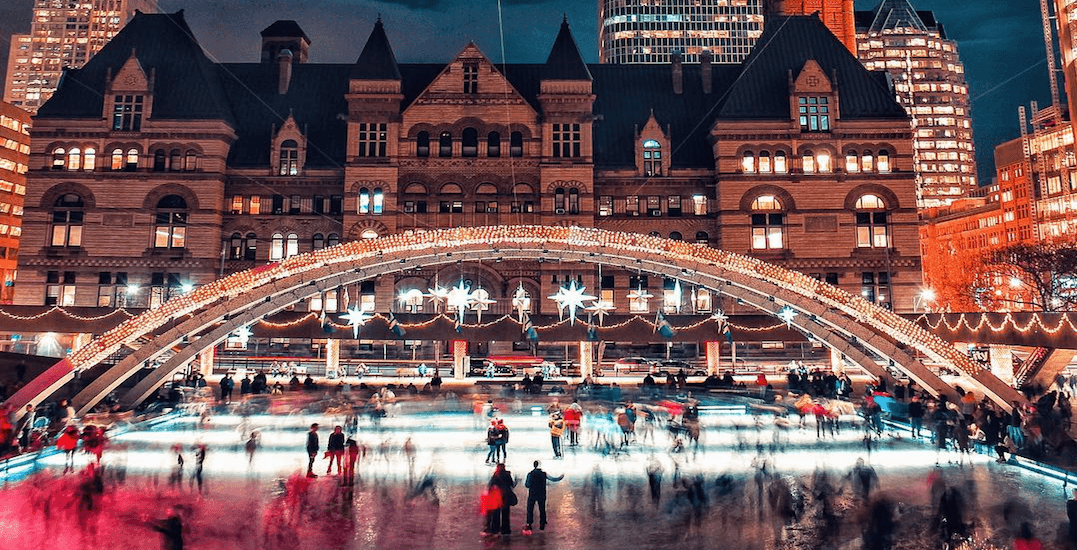 Well, it’s officially almost time to dust off your old skates and get ready to hit your nearest rink – skating season is almost here.

This winter, there will be 53 outdoor skating rinks open in the Greater Toronto Area, so regardless of where you live, there’s a rink or two nearby.

Currently, a majority of the city rinks are scheduled to open on November 25, and many more are expected to open by December 2 as temperatures begin to drop.

For those interested in playing a game of shinny, look no further than Greenwood Park. This large rink is actually the City’s first covered outdoor ice rink. There is also an ice skating trail located beside the ice rink for those who want to skate at their own pace.

Toronto’s favourite hipster park is still a hotspot even during the winter months. The park’s outdoor rink is great for a game of pick-up puck or for those looking to unwind with an evening skate. Just make sure to check the rink’s info page to see what days feature public skating or hockey.

This park comes equipped with two side-by-side skating rinks, which is great for those who want to play a game of puck followed by a leisure skate. The rink schedule features something for everyone, with hockey available for beginners to adults.

The outdoor Ryerson Rink is tucked away from the hustle of the city and is the perfect place to play a late night game of shinny or go for a leisure skate with friends. The rink is unsupervised so make sure to skate at your own risk.

Ontario Place is getting its very own outdoor synthetic ice rink this winter. That’s right, Toronto will soon have another outdoor skating venue! While there aren’t many details available on the new rink, just imagine getting to skate along the iconic Cinesphere as you take in the picturesque lake and city skyline views.