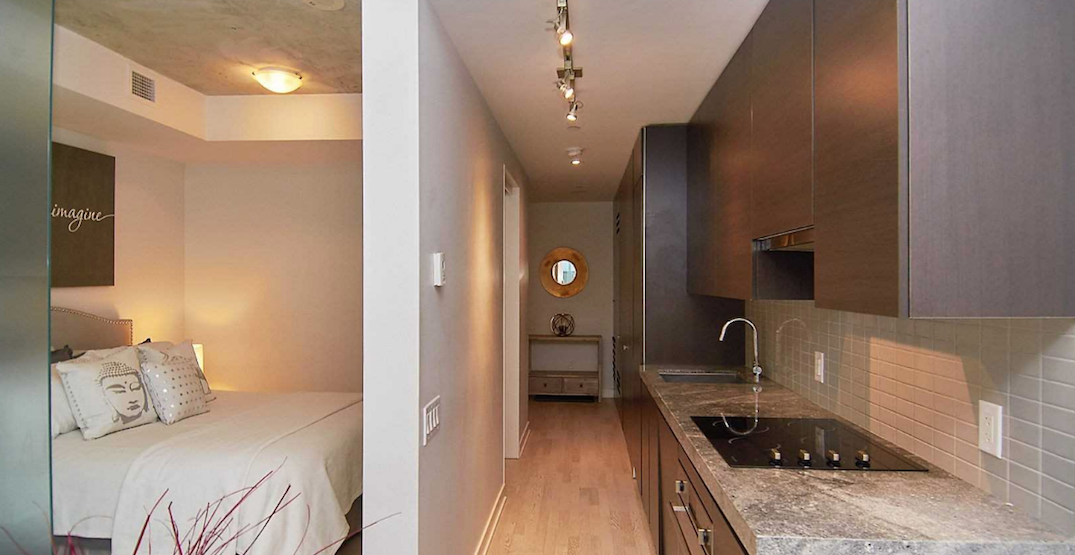 Real estate in Toronto has been soaring over the past year, and this small one-bedroom condo that just sold for almost half a million dollars is the perfect example of that.

Located at 38 Stewart Street in Toronto’s Fashion District, this condo, near the intersection of King Street West and Bathurst Street, was listed earlier this month for just $399,000 — a seemingly great deal. 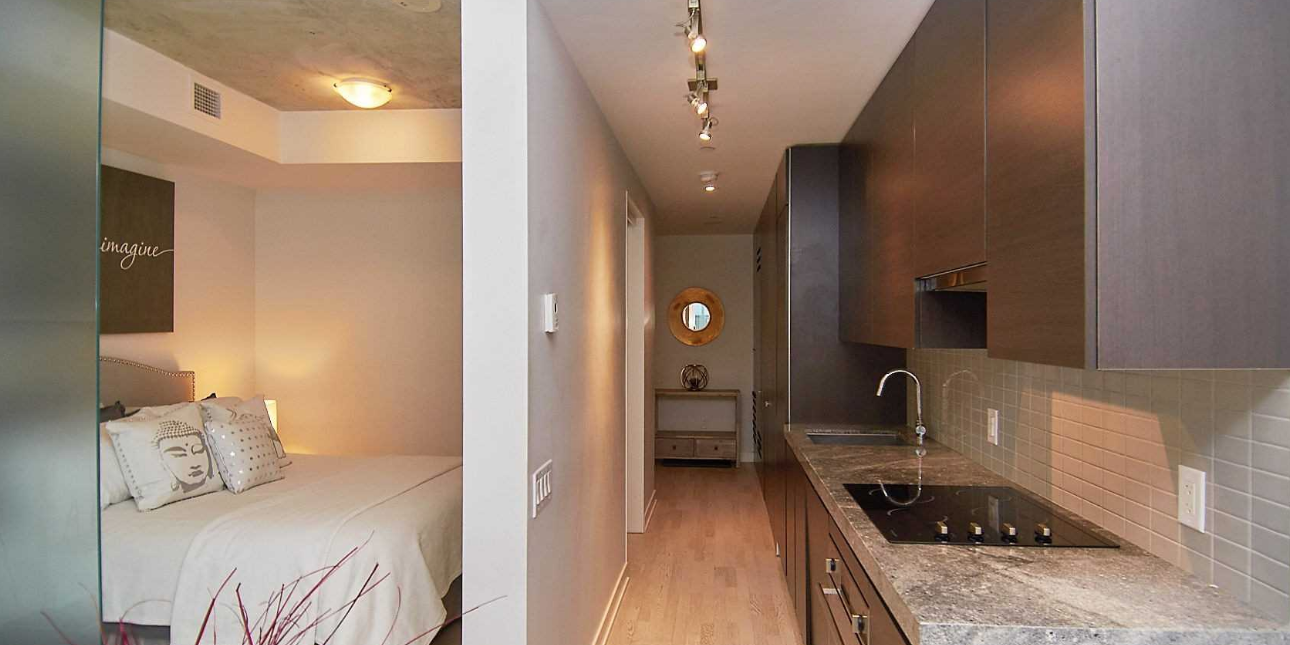 Zoocasa agent Ivan Kalinin says that the Toronto one-bedroom received five offers on it in that short period of time, with the $490,000 offer being accepted.

“This shows that the demand for condos is spiking, and I think we are going to be seeing significant price increases starting the third quarter of this year,” Kalinin told Daily Hive. 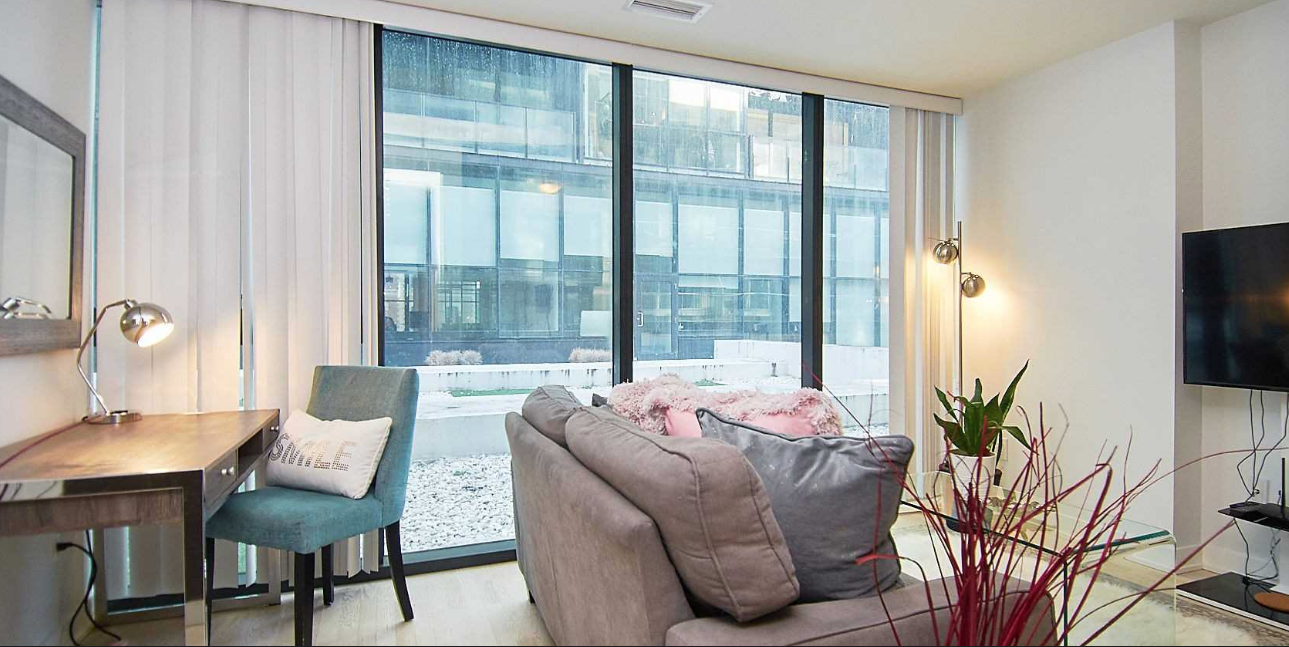 The condo itself is quite cozy, although it does make functional use of the space, with a spaced out kitchen, living room, and bedroom. The bedroom, however, doesn’t have a full wall or door but instead has a glass wall with an opening. 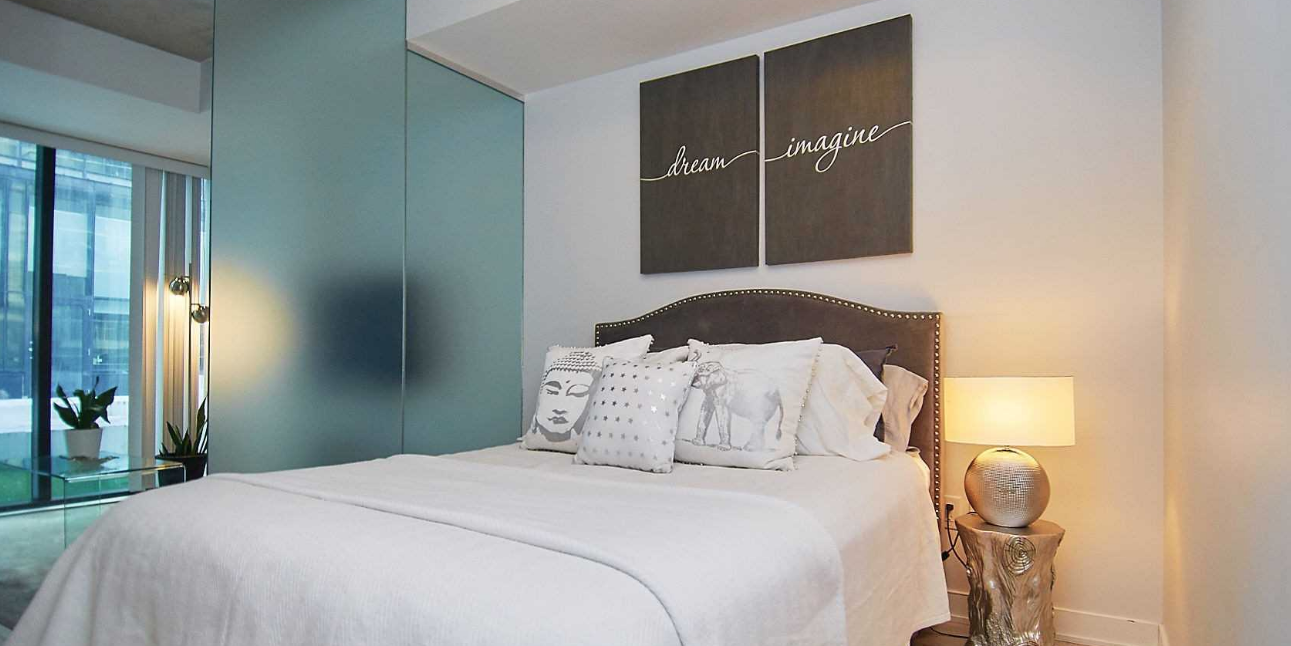 Despite the trend of condos selling well over asking, Kalinin says that the demand for condos was actually somewhat scaled back last year but appears to be heating up again.

“With the low borrowing costs, and relatively low competition among buyers, this is a golden opportunity to purchase a condo in the city,” Kalinin said. “The buyers understand that, and are motivated to make a move now with COVID-19 vaccination underway. It’s not too long before the demand for condos will resume its normal levels and prices will start increasing very rapidly.” 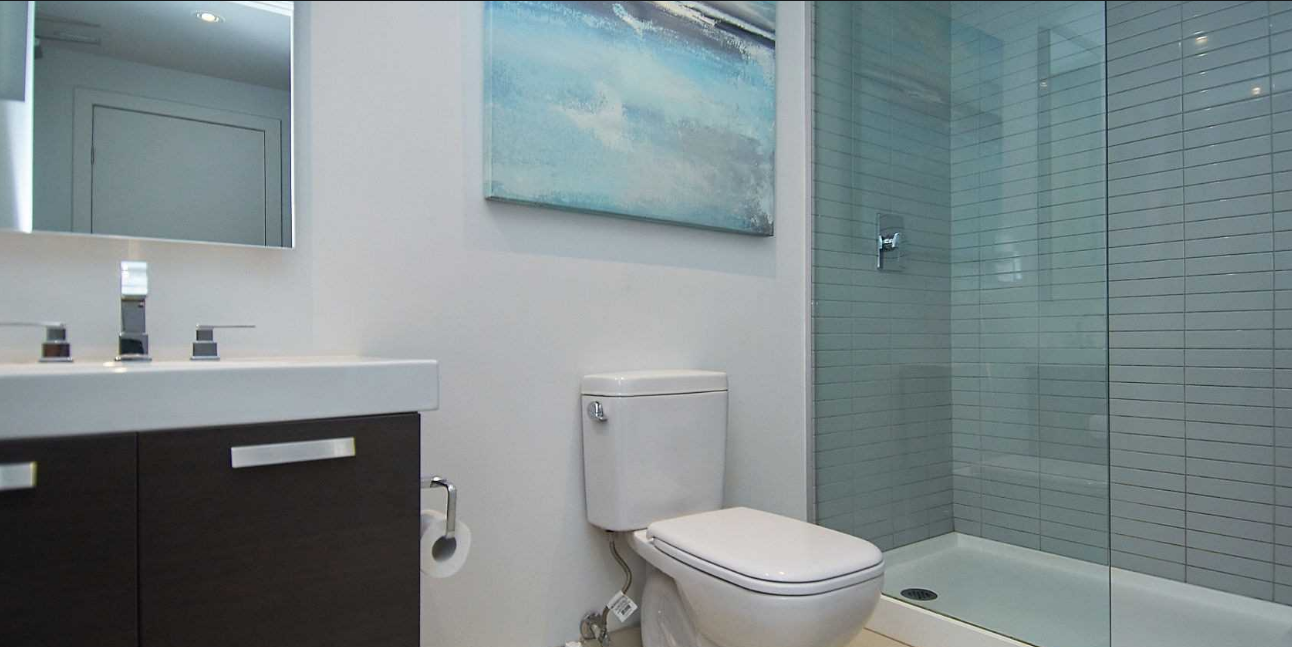 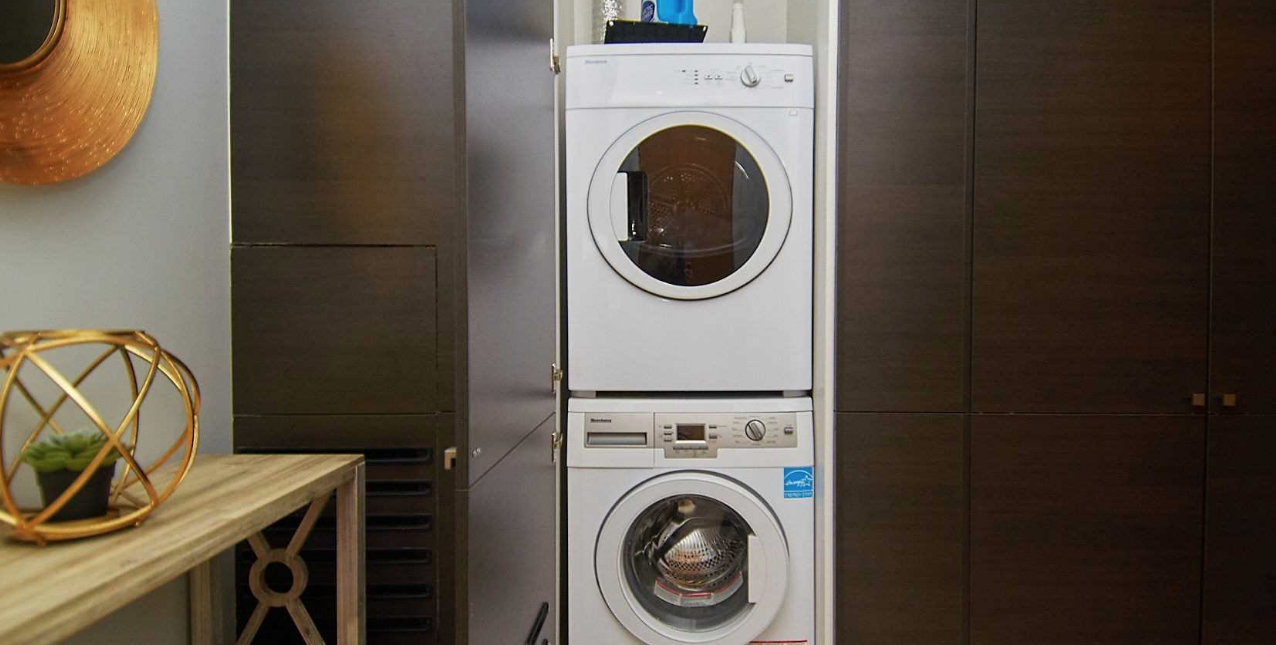 Kalinin says he’s seen this trend coming out in full force this year in his own work.

“I am seeing a very different market compared to last year and just sold a condo listing that attracted 60 showings and seven offers in just over a week,” he said. “It’s a stark difference to 2020 and it’s only upward from here.”

Condo owners who bought when the market was lower will certainly be in a good position to turn a sizeable profit in the near future.