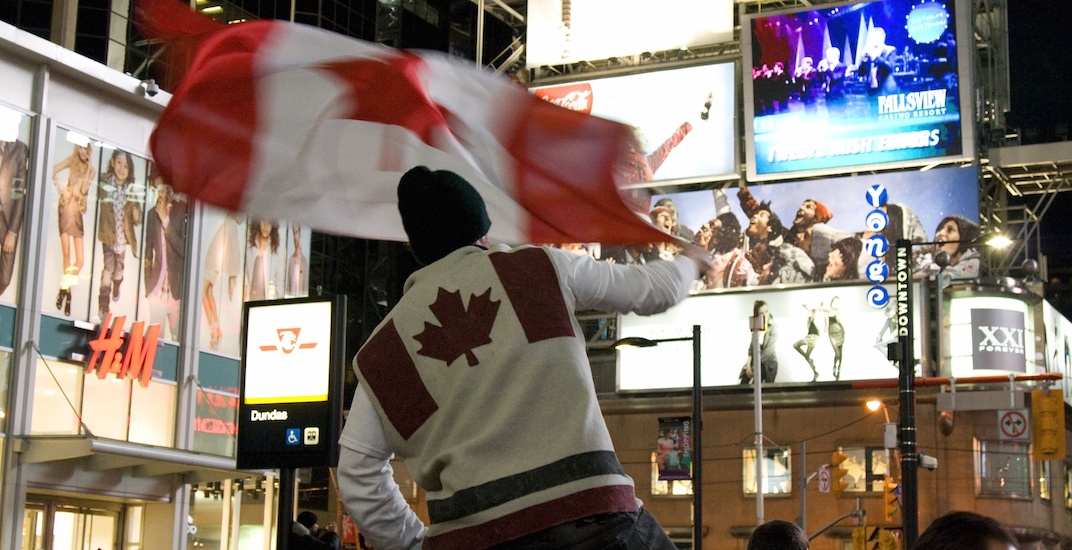 With the 2018 Winter Olympics beginning next week in PyeongChang, South Korea, the body clocks of fans back home in Toronto will need adjusting.

With that in mind, the city has decided to allow the sale of alcohol at unusually early hours for three days only during the Olympics.

Licensed bars, restaurants, and cafes will be permitted to sell alcohol at their establishments beginning at 7 am during the Olympics on February 19, 23, and 24.

Just one problem: they picked the wrong damn days.

“Torontonians especially look forward to the culmination of the hockey tournament with a great deal of enthusiasm and always celebrate with vigor in the City’s neighbourhood bars and restaurants,” reads a member motion by city council.

“Although most of the medal round games occur during normal business hours, some of the
semi-final and final matches are scheduled to take place at 7:10 a.m. As a result, residents may wish to visit local cafes and restaurants earlier, or stay at their destination later to watch the game.

“As of the writing of this Motion, these games could include the Women’s and Men’s semi-finals and Bronze Medal Games.”

While you have to admire the motion – allowing Canadian hockey fans to celebrate together during the hockey tournament – the days they picked seem off.

We covered all semi and medal games. 🙂

The extended hours will have zero affect on either the men’s or women’s gold medal games, which take place on February 22 (7:10 am ET) and February 25 (1:10 am ET) respectively.

The dates included allow for fans to watch one of the women’s semi-final games (typically not a must-see event as it’s usually an easy win for Canada) at 7:10 am on February 19.

One of the men’s semi-finals is slated for 7:10 am on February 23, so that’s nice. But February 21, the dates of the men’s quarter-finals, is not included.

The only hockey game scheduled for February 24 is the men’s bronze medal game, and let’s be honest: nobody’s going to celebrate bronze for that sport in this country.

Below is a look at the important medal round games for men’s and women’s hockey. Hopefully the city will adjust their times accordingly. At the very least, they ought to include the women’s gold medal game on February 22.

You can view the full schedule here.