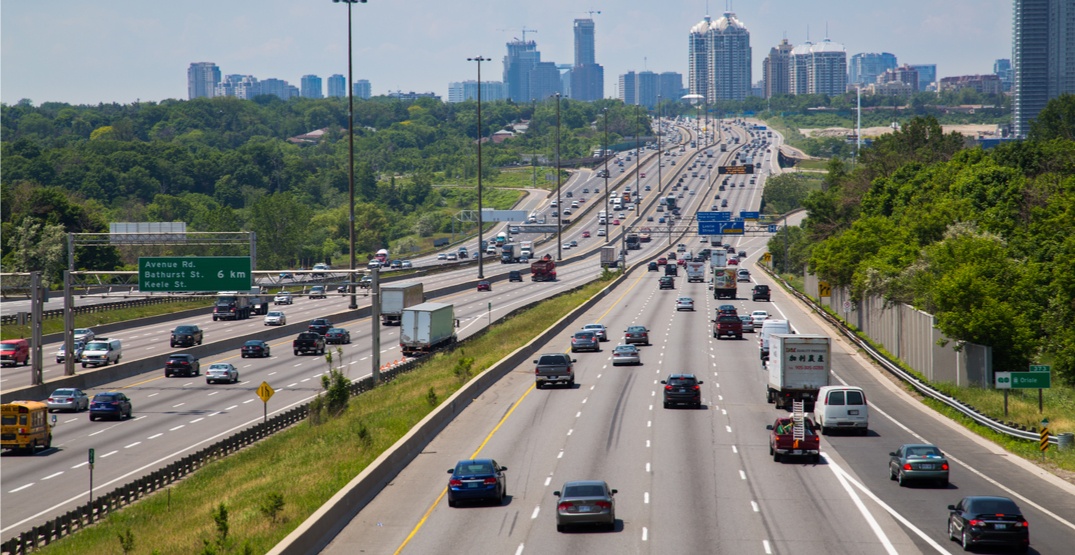 Toronto has recently been named one of the worst cities in the world for commuting, and just days after that report was issued, the Toronto Board of Trade has released a new report that addresses congestion.

According to the Board of Trade, to ensure “the Toronto-Waterloo Corridor—the economic zone powering Canada’s economy—remains globally relevant, congestion must be addressed.”

As for how, their report titled “Three Bold Solutions for the Toronto-Waterloo Corridor” states that the city should build lanes above or below the existing roadways on Highway 401 near Pearson to unblock the Corridor’s biggest bottleneck.

“Highway 401 is the most heavily used truck corridor in the region, an important international trade corridor, and a critical highway for goods and people movement,” states the report. “Yet Highway 401 is chronically congested.”

Truck travel patterns in the 401 Corridor/Toronto Board of Trade

Over the past year, the board released the first set of its reports in the Movement of Goods series, which identified the economic importance of goods movement industries in the Corridor, and pinpointed the city’s biggest bottlenecks.

“For our economy to thrive and grow in the face of increasing competitive threats from our largest trading partner, it is critical that we get our house in order, enabling our businesses to be globally competitive and appealing,” said Jan De Silva, President & CEO, Toronto Region Board of Trade.

“The international companies who have chosen to locate their manufacturing operation in the Corridor have a world of choice in where they deploy investment capital. We must address the Corridor’s congestion challenge if we are to remain relevant.”