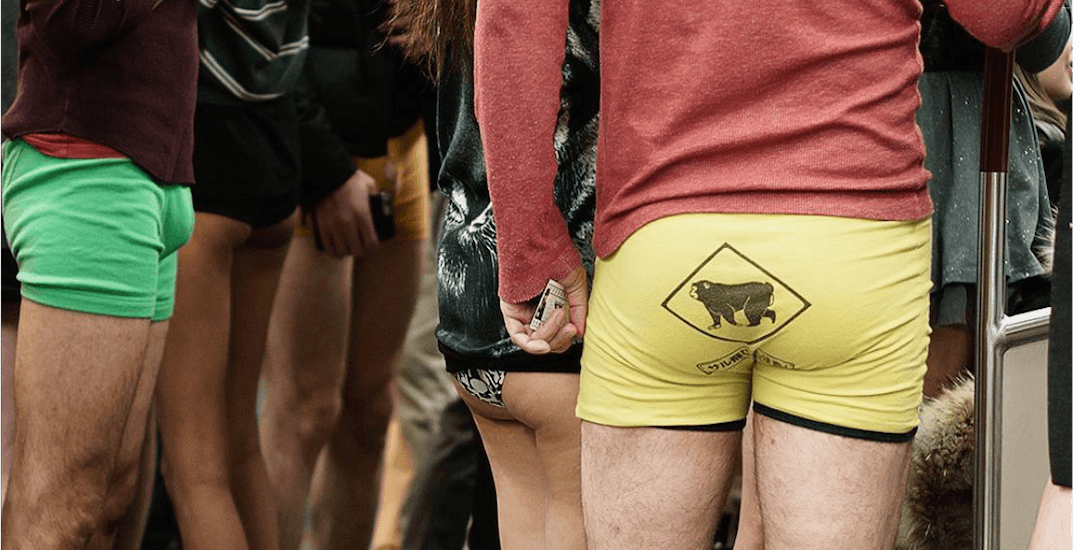 If you’re already tired of having to wear heavy and bulky clothes this winter, you’ll have the chance to leave your snow pants at home this weekend.

No, Toronto’s not going to be experiencing spring-like temperatures, rather the No Pants Subway Ride is back for another cheeky year.

This Sunday, January 7 from 3 pm to 11 pm, the 16th annual No Pants Subway Ride will be taking place at various Toronto subway stations.

Hosted by the No Pants Society, the risqué subway ride will be happening simultaneously in 50+ cities around the world with the hopes of bringing a smile to commuters’ faces.

As always, pantless commuters are invited to join in the pants-free parade following the commute from Osgoode Station to the raging no pants after party (location to be determined).

The tentative event schedule is as follows:

3 pm: Meet at the starting subway station (Station TBD)
3:20 pm: Time to lose your pants and depart
4 pm: Pantsless parade from Osgoode Station to the after party
4 pm: No pants dance after party (Location TBD)

Remember, no pants are the best pants.