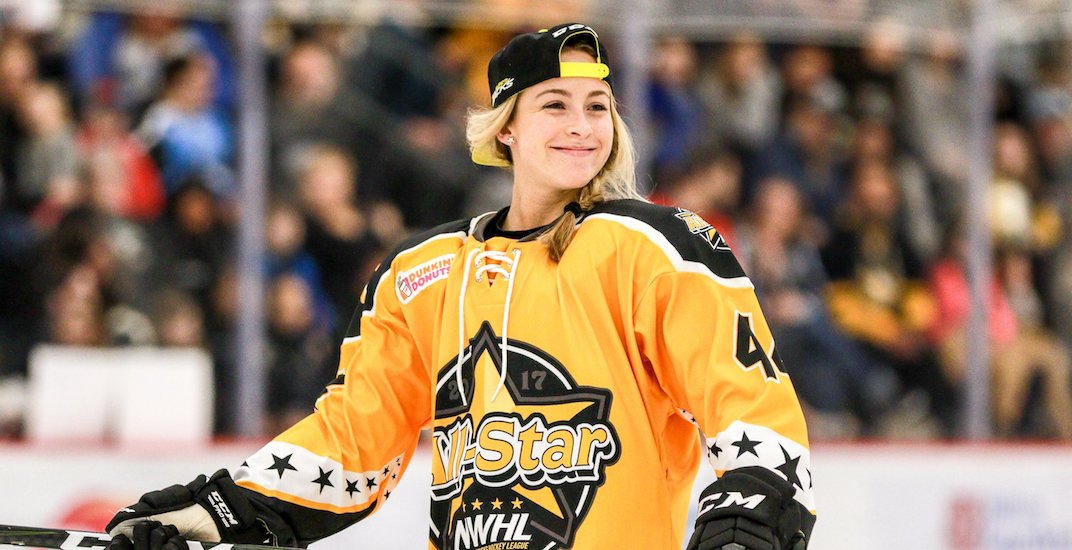 Toronto has been granted an expansion team in the National Women’s Hockey League (NWHL), becoming the first Canadian team in league history. Six teams make up the NWHL, which, following the CWHL ceasing operations last year, is the only pro women’s hockey league in North America.

“Toronto is without question the sports capital of Canada,” said Toronto Mayor John Tory. “The addition of a Toronto team for the National Women’s Hockey League is most welcome by our city and one that I know many Torontonians will embrace as they have with all of our other sports teams. Our city has a rich history with professional women’s hockey and we are excited to begin this next chapter with the NWHL. I hope that this team achieves success and longevity in our city and that this team will serve as an inspiration for young girls to pursue careers in professional sports.”

Where the new team will play is yet to be determined, as is what the franchise will be called, though fans are encouraged to submit their ideas online for the name, colour, and designs.

The league is preparing for its sixth season of operation, with teams also located in Boston, Buffalo, Connecticut, New Jersey, and Minnesota.

Toronto’s ownership group is led by Johanna Neilson Boynton, who played four years at Harvard University and is the CEO and co-founder of Boynton Brennan Builders.

Tyler Tumminia, who in recent years was named one of the top 25 female executives by Bleacher Report and received the Game Changer award from Sports Business Journal, will serve as the club’s chairman.

Digit Murphy, who has over three decades worth of experience leading teams at Brown University and the CWHL, has been named team president.

The team has yet to name a general manager or coach, but has signed five players to contracts: defenders Kristen Barbara and Emma Greco, goaltender Elaine Chuli, and forwards Shiann Darkangelo and Taylor Woods.

“We welcome Kristen, Elaine, Shiann, Emma and Taylor – five talented and highly driven players who will help our team contend for the Isobel Cup while advancing women’s professional hockey in the inclusive and incredible city of Toronto,” said Murphy. “I’m very proud that these five outstanding leaders, who all are connected to the Toronto community, have joined our roster.”

Allow us to introduce ourselves…

The 2020-21 season is scheduled to start in November, with each team playing 20 games before the Isobel Cup playoffs begin in March.

“Today is just the start,” said Murphy. “We have plenty of work ahead. Our team in Toronto is led by women, and we are providing opportunities and jobs in the GTA for hockey players, coaches, and staff. This team will proudly represent Toronto and compete for the NWHL championship, and will also be dedicated to empowering younger female athletes through community engagement and education.

“We welcome everyone who wants to be part of a challenging and rewarding venture.”