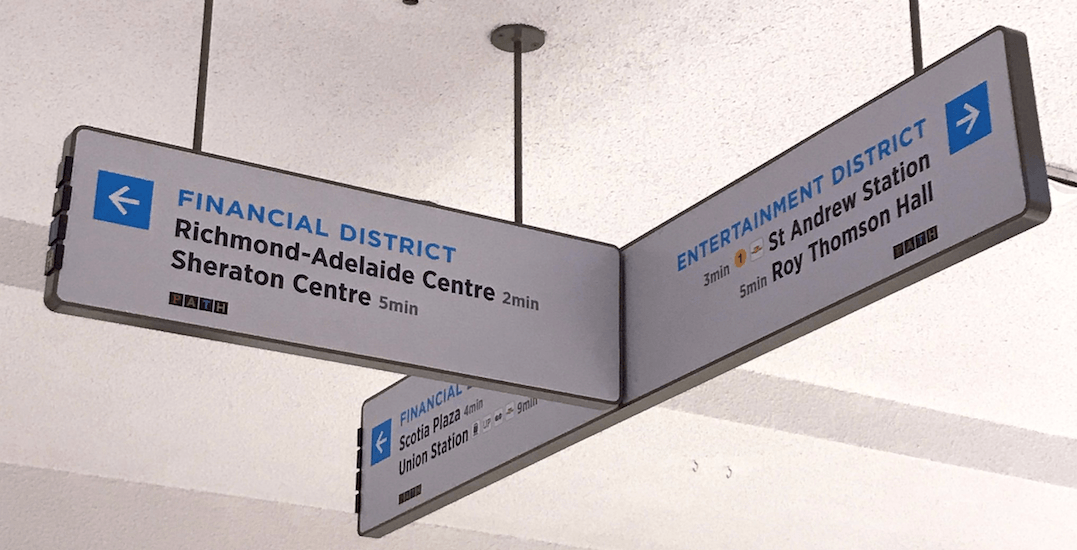 If you work in Toronto’s downtown core, chances are you’re somewhat of an expert at navigating the underground PATH system.

However, for the individuals who don’t regularly frequent the PATH, it can be an intimidating and overwhelming experience.

And rightfully so, it consists of more than 30 km of tunnelled walkways connecting more than 75 of the city’s biggest properties.

But navigating through North America’s largest underground mall is about to get easier, thanks to some new signage that appeared earlier this week.

The new PATH signs offer those passing through clearly labeled directions to specific buildings and transit services in the area – making manoeuvring the PATH a heck of a lot easier.

The new signs, which can currently be found hanging in the Exchange Tower are apart of a two-year plan that’s aimed at making it easier for everyone using the path daily to navigate through the buildings more efficiently.

Currently, more than 200,000 people use the PATH each day, hopefully the new PATH signs will ensure everyone can always find exactly where they need to go.

Keep your eyes peeled for the new signage, as all of the new PATH signs and maps are expected to roll out in early 2018.