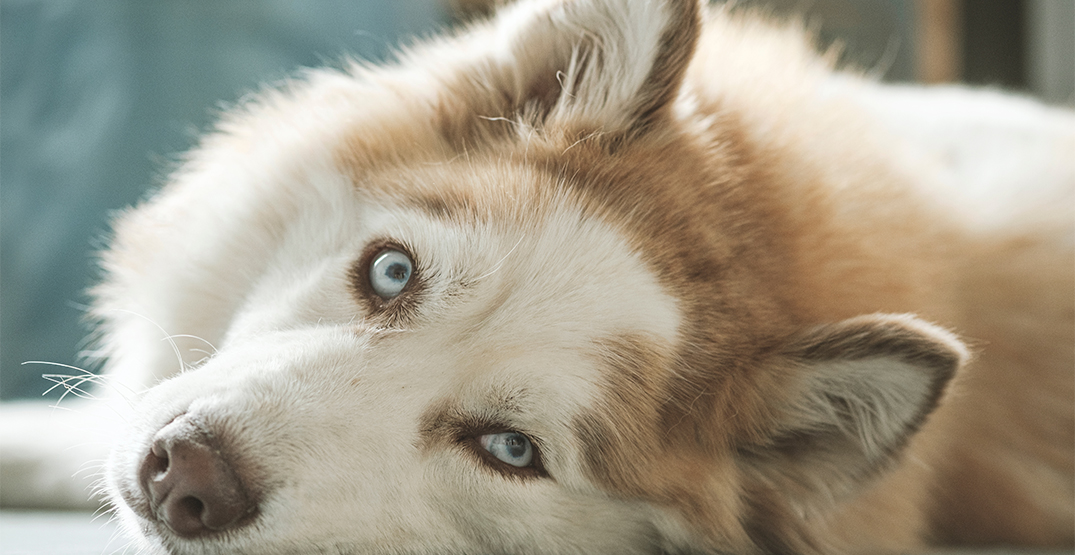 Luna and Charlie were the most popular pet names in Toronto last year.

That’s according to a new survey from pet services website Rover.com. Pet names trend in popularity just like baby names, and the company keeps tabs on what people in Canada like to name their pets.

“From old favourites topping the male and female dog name charts to the unique monikers folks are giving to their pandemic puppies, some of the names pet parents have chosen for their furry family members this year are as surprising as 2020 itself,” Rover said in a statement.

In the US, some owners are naming their pets after the pandemic itself. Rover gave kudos to a dog named Rona Von Covid and a cat named Dr. Fauci. 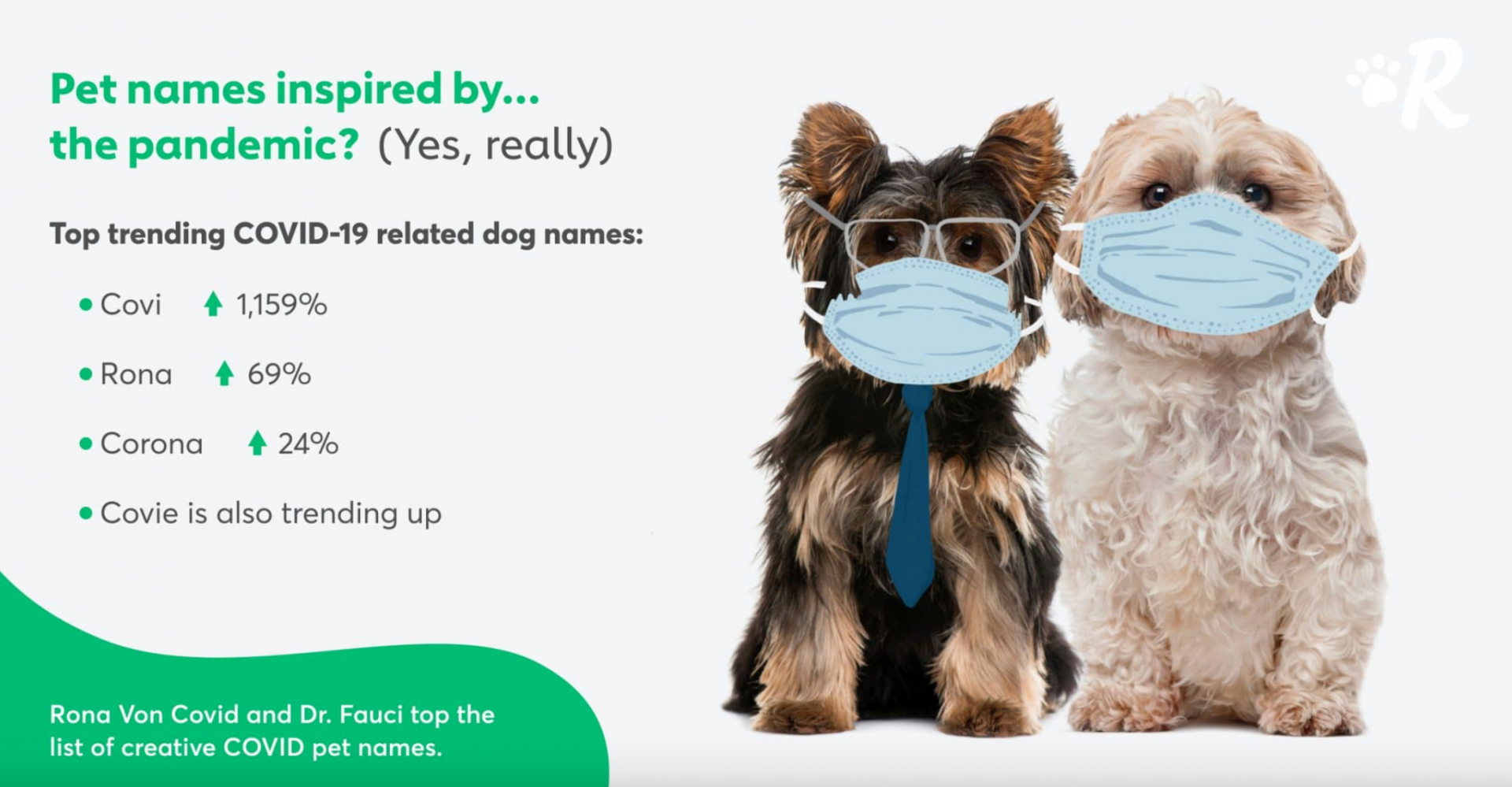 Here in Toronto, favourite names for female dogs were Luna, Bella, Lola, Chloe, and Coco. For male dogs it was Charlie, Leo, Dexter, Felix, and Milo. 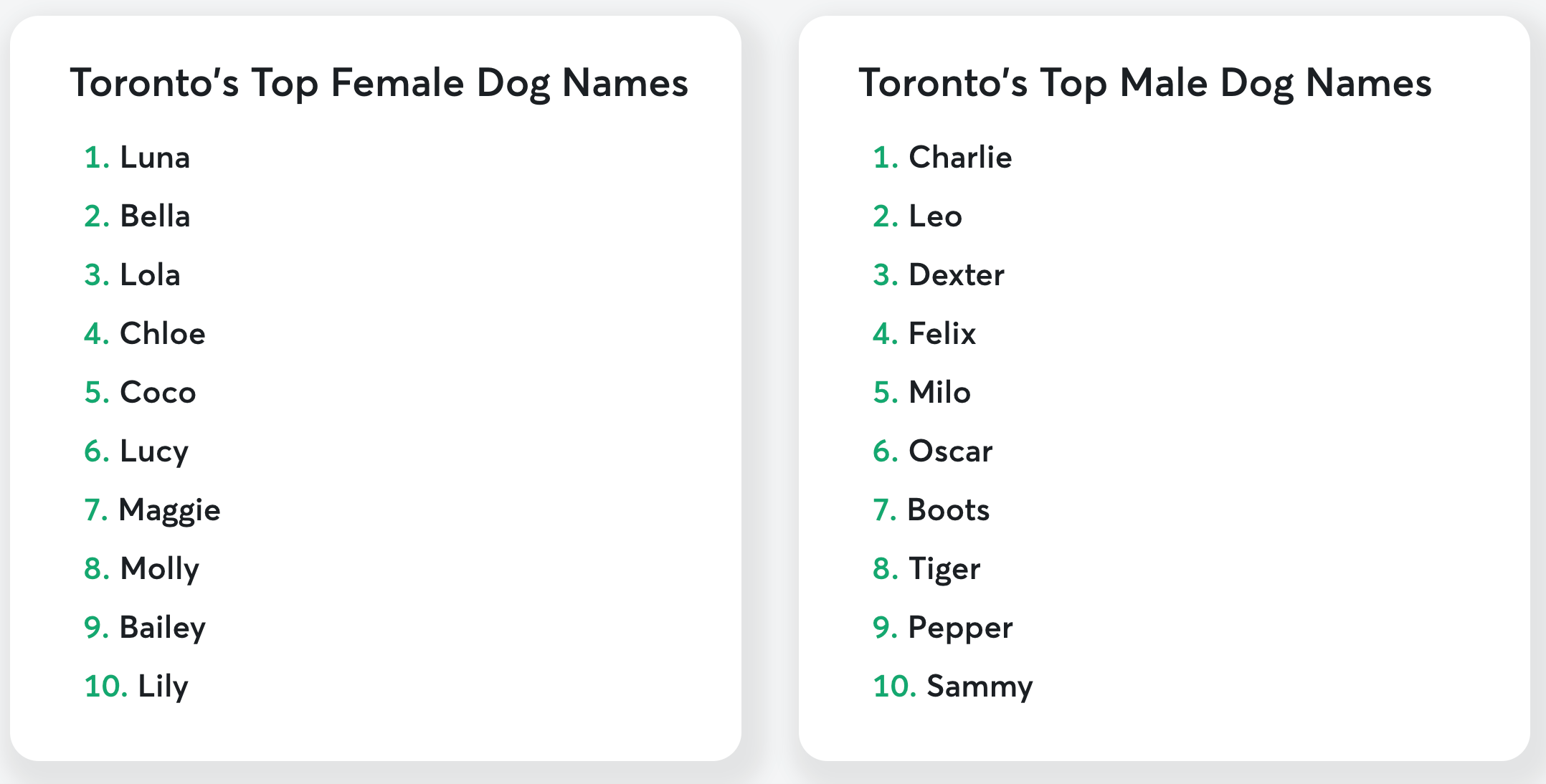 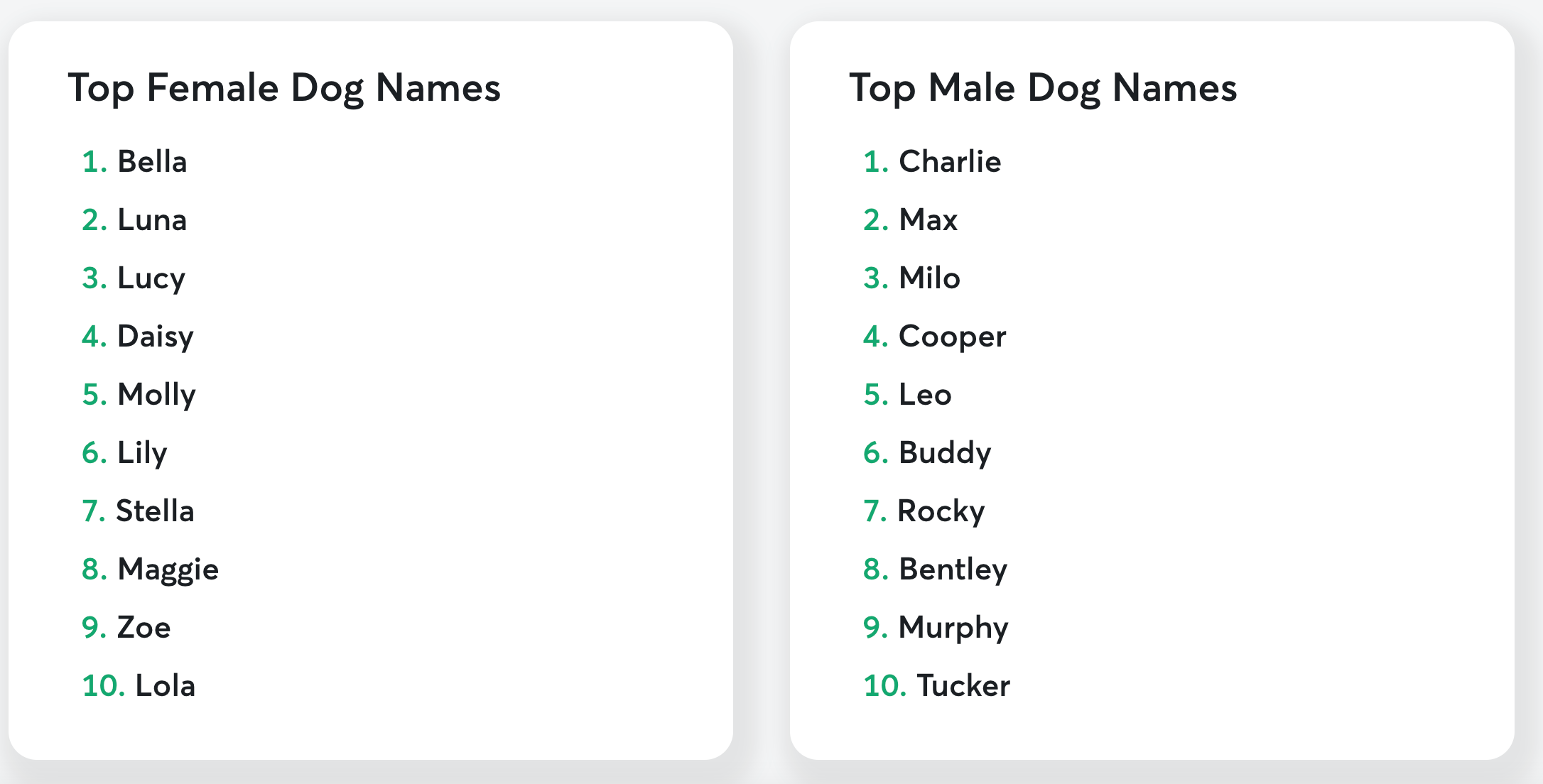 Nationally, Milo was the most popular male cat name. 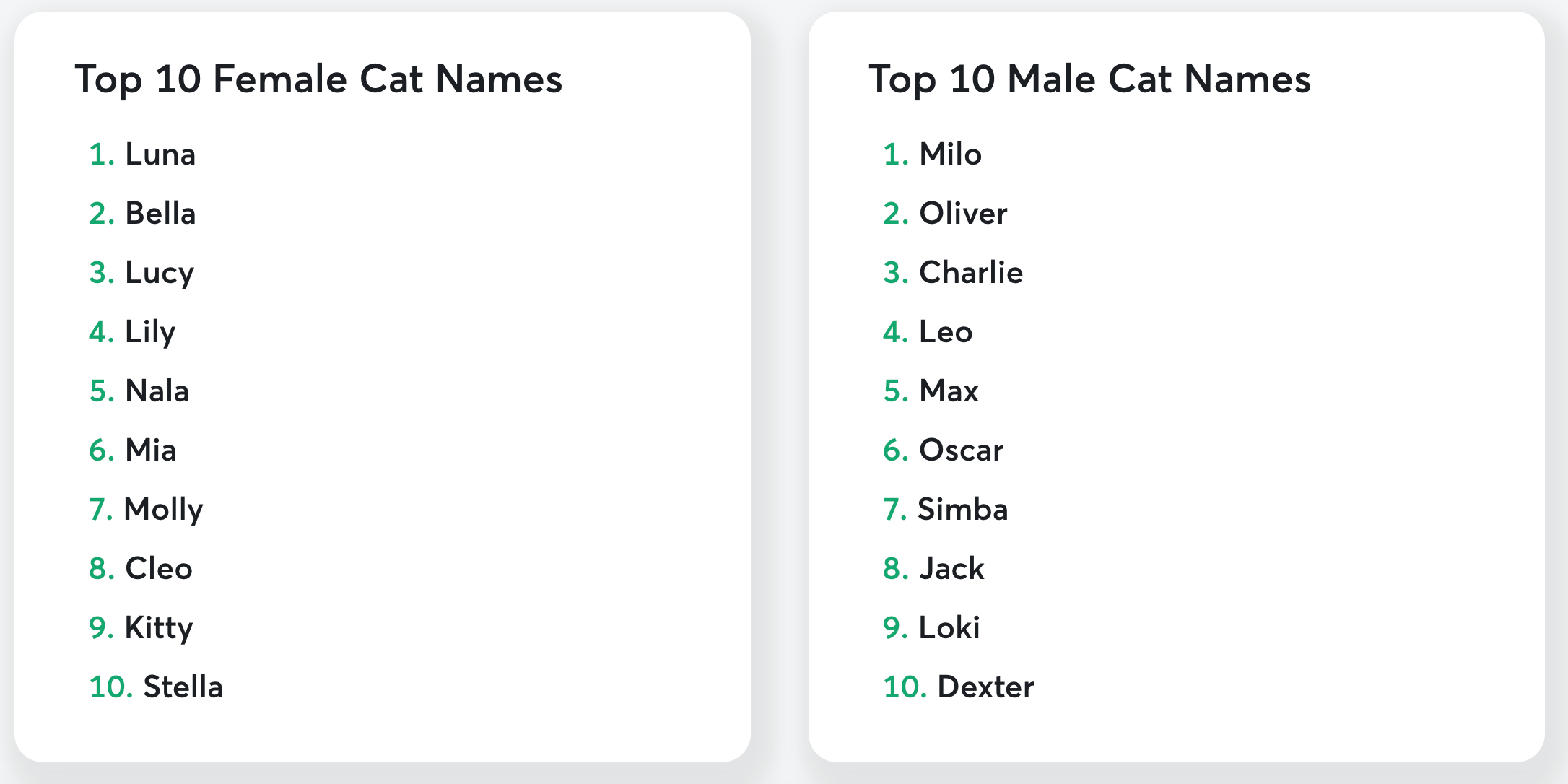 Of course, some pet owners choose names inspired from current pop culture. Canadian show Schitt’s Creek gave some families ideas, with Twyla’s popularity increasing 93% and Alexis up 38% for dogs. David for cats also saw a 20% boost in popularity this year.

Naming a pet after food is also common, and Oreo remains the most popular name for both dogs and cats in Canada.