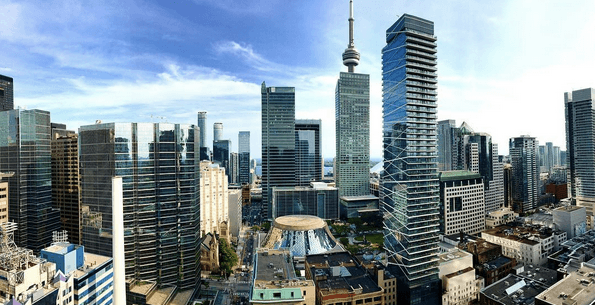 Very specific. Down to the street corner.

In the minds of many downtowners, Bloor is the northern cut off point and the idea of venturing even a few blocks farther away from the water equates to abandoning city life and embracing the burbs; Bathurst is just too west while anything east of Yonge is a TTC desert.

So for Toronto condo seekers unflinching in their goal of living in the very core, TheRedPin has made it infinitely easier to track how much it costs to own a high rise across prime swathes of real estate in the city.

After compiling 24 of Toronto’s key intersections – bustling pedestrian street corners that directly connect to transit, key retail destinations and condo hubs – we provided an overview of condominium prices within a five minute’s walk of each.

Aside from calculating average sold prices, we factored in median prices as well, which offers a more middle-of-the-road assessment of the market that’s less prone to being skewed by one-off luxury sales.

The study did encompass two intersections that sit well outside of the core in Toronto’s midtown – Yonge & Eglinton and Yonge & St. Clair. Both experience among the highest levels of pedestrian traffic in the city, and were consequently included in the analysis.

Average prices anchoring the city’s major intersections have been mapped out below. To view median prices, simply click the arrow under each pin.