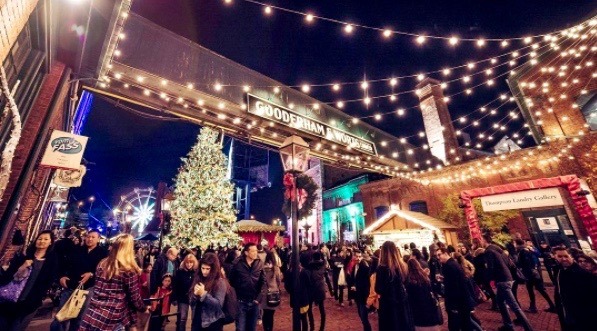 Hope you’ve been nice this year, and that Santa will be good to you, because Toronto has been ranked one of the most expensive places in North America to spend Christmas.

The cost of a Christmassy Day takes into account the cost of spending a day in any given city, including accommodation, food, and tickets to events.

While the Santa’s Price Index is all about the cost of presents for a family of four, including two children.

Toronto, while 30th on the global scale, ranked in the top 10 North American cities to spend Christmas at number nine. Its total Christmassy Day costs were over $400 USD, and its Santa Price Index just under $400 USD. According to the report, the average cost for a Toronto Christmas is around $800 USD, or more than a $1000 CAD.

“The Index reveals, among other things, that the cities with the most expensive accommodation often have the cheapest prices for gifts,” states the website. “Overall, Bratislava offered the least expensive shopping and stay, whilst New York topped the list as the most expensive Xmas destination.”

Considering the costs, let’s hope Santa is good to us this year. It’s also a very good thing that somethings in Toronto are free. 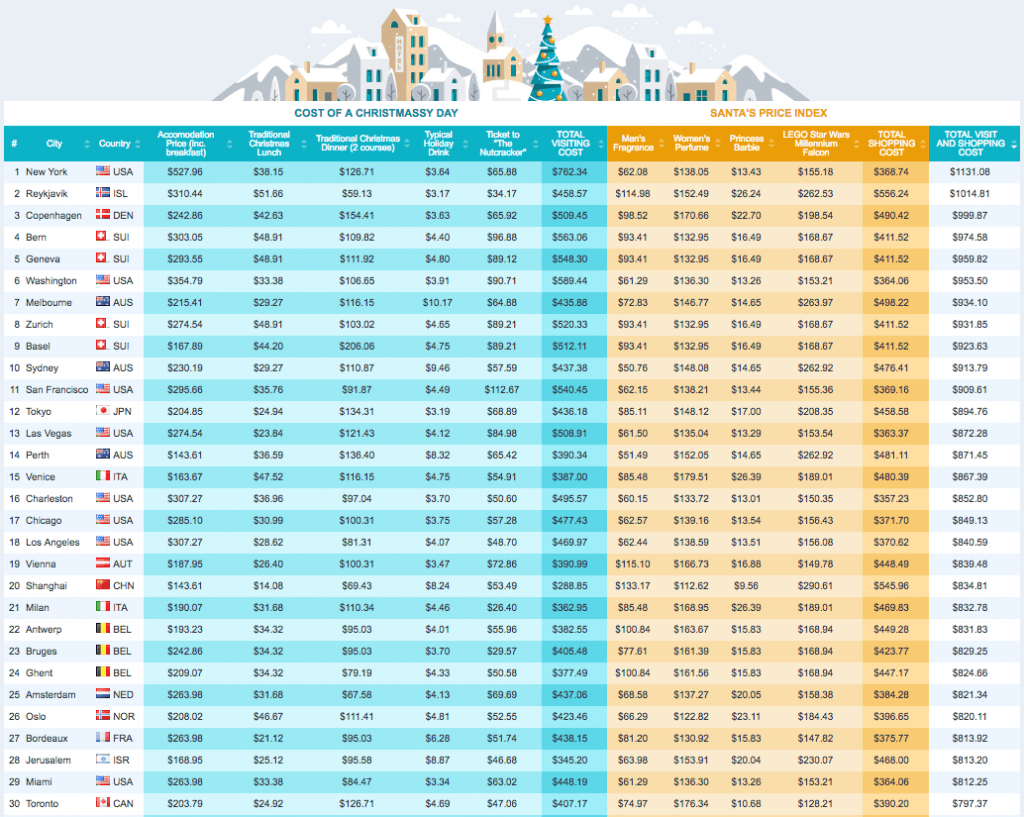