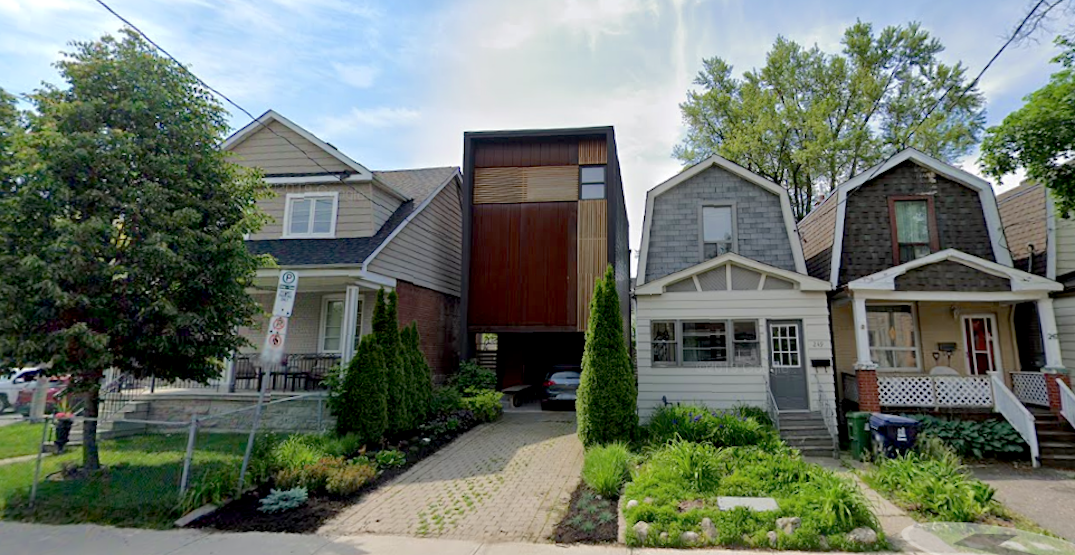 Twitter isn’t feeling the love for a modern home in Toronto.

A tweet from Toronto comedian Gwynne Phillips about a boxy, seemingly almost windowless house in East York led to an onslaught of (mostly hilarious) criticisms about Toronto’s modern home designs.

Phillips shared a picture of the narrow, boxed-shape house at 251 Lumsden Avenue that has only one visible window from the front along with the caption “Every street in Toronto has at least one house like this and it’s time we address it.”

Every street in Toronto has at least one house like this and it’s time we address it. pic.twitter.com/rpyvgu7ZPs

And it seems she isn’t the only one with some feelings about the Lumsden house and its very different design. The lack of windows seemed to be the biggest shock to Twitter users, with one person even saying the house must be owned by a vampire.

I think a vampire lives here. A real person can’t hate natural light this much.

Others seemed to just hate the design overall, calling it everything from a “Blackmirror house” to an “alien space ship,” with others implying that it simply has to go.

Those aren’t homes. They are alien ships waiting for the opportunity to present themselves, but we are all so insane and unpredictable so they lay dormant now until the end of time.

This is who I picture lives here! pic.twitter.com/wvMvKWeq9h

Ah yes. The houses with the gentrification font. 😂😂

Now when you say “address it”… pic.twitter.com/8K168CYBxz

Other Twitter users started sharing more modern homes in the city that they think stick out in a bad way, including one house that a user says looks like something out of Sesame Street.

their house is a dresser? Are they clothes?

What is this, Sesame Street?

Some users did come to the modern style’s defence, saying these homes are a great way to maximize small plots of land throughout the city.

The lot is only 20′ wide so it’s going to require a pretty particular build. Not my taste but when you look inside, they’ve made the best of what they have. On the other hand, WHY would the city allow such a narrow lot? It should have been a garage for one of those houses.

But whether you love them or hate them, modern houses in Toronto don’t seem to be going anywhere any time soon.