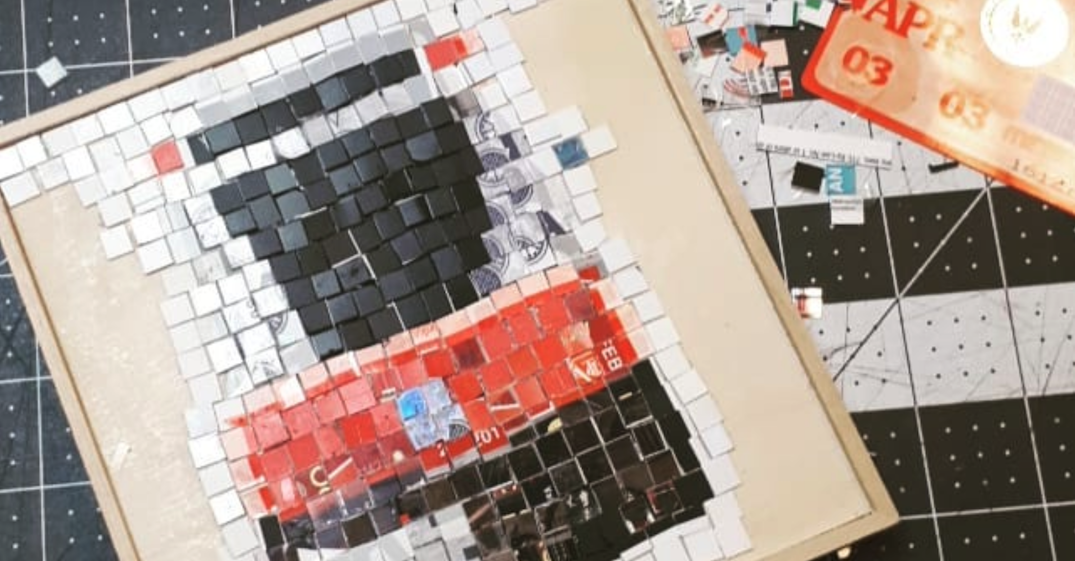 The TTC is about to phase out tickets, tokens, and Metropasses, ending an era for transit users.

And while many choose to chuck away their old Metropasses, now that they aren’t used for tax purposes, one Torontonian is looking for some used transit cards.

Nina Okens has been collecting TTC Metropasses since 1997, and it has blossomed into a serious (and very epically Toronto) art project.

“At first it was for tax/accounting purposes but then I started hanging onto them because I thought eventually I could turn them into something else,” Okens told Daily Hive. “Little did I know it would take me 20 years before inspiration struck.”

Okens said she had recently been dealing with a bit of “creative burnout” in her career as a costume designer and was looking for a new way to express her creativity.

As for the results, well, they are really one-of-a-kind.

Okens had only been sharing her artwork on Instagram, which is mostly followed by her family and friends.

She recently shared her pieces on a “Leslivillian” Facebook group asking for expired Metropasses, including photos of her work so far – “only to contextualize what I was doing and because people are more likely to read posts that are accompanied by pictures,” she said.

“I’m a bit bewildered and overwhelmed by the positive and encouraging reaction I’ve gotten from complete strangers.”

For now, Okens is looking for a local business that would be willing to be a drop off location for donated passes.

Although Okens isn’t a professional visual artist, she said that she tends to gravitate towards reclaimed materials when she does art projects.