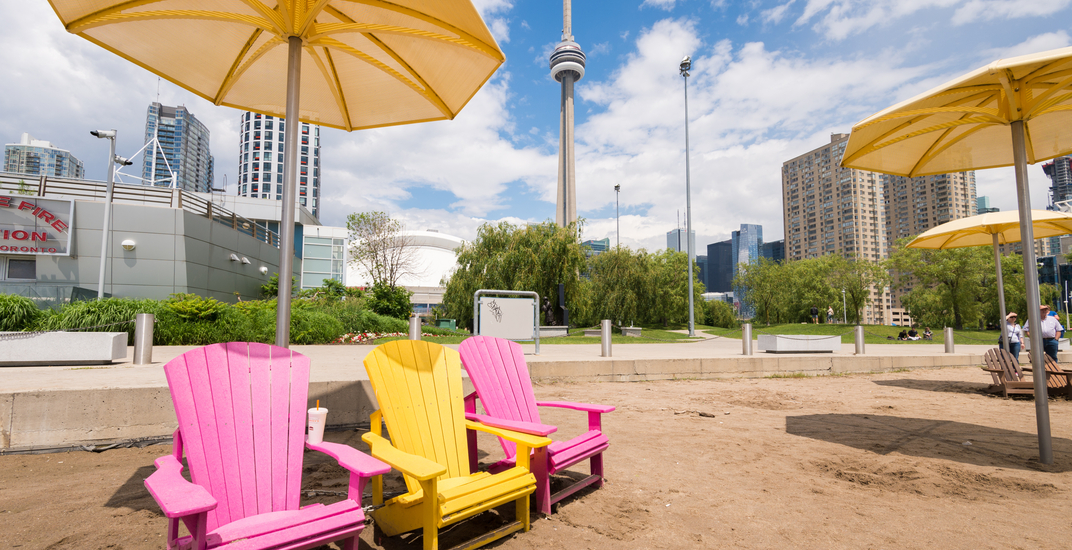 May long weekend is finally within reach!

And in case you’re not spending the weekend at a cottage in Muskoka and you’re planning on hanging in the city, you can expect a very mixed forecast.

According to Environment Canada, Toronto is going to see some rainy skies threaten your May long weekend plans.

On Friday, we’re going to see some nice spring-like weather with a high of 16°C and a mix of sun and clouds.

If only it could stay like this all weekend, right?

On Saturday, we’re going to have a high of 15°C and a 30 per cent chance of showers. By Sunday.

According to Weather Network meteorologist, Dr. Doug Gillham, there’s the threat for two systems to impact the region this weekend.

“A period of rain (possibly a thunderstorm) is likely during the predawn hours and into early Saturday,” Gillham says.

“The rest of Saturday will be mostly cloudy with occasional showers and the potential for a thunderstorm. However, Saturday will not be a washout as we will have significant rain-free periods.”

The forecast will slightly improve by Sunday, but not by much. According to The Weather Network, a shift in wind direction will allow for a warmer day across the region with daytime high temperatures expected to reach a high of 21°C, but we’ll still have a 30 per cent chance of showers.

And while this is very poorly timed, we’re going to have the nicest weather of the weekend on Victoria Day Monday.

Just as cottage goers begin their decent back to the city, a mix of sun and cloud  and high temperatures in the upper teens to lower 20s will dominate Monday’s forecast.

If you’re in the city, this is your chance to hit up a patio or a local park and soak up some sun.

Regardless of what you get up to this weekend, get out there and make the most of the long weekend weather (even if it does rain).