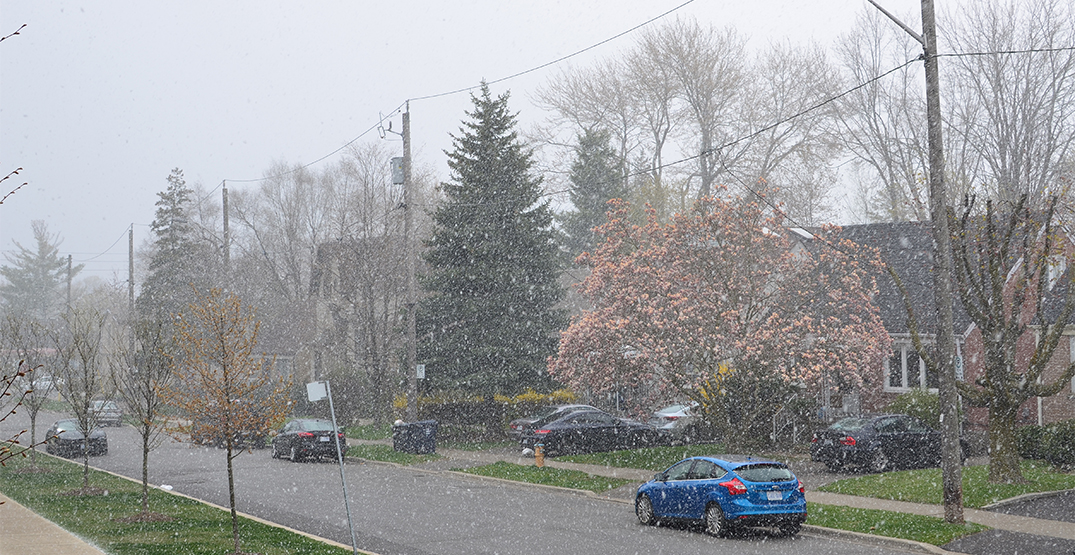 Torontonians may be looking forward to summer weather, but Mother Nature had other plans on Friday.

Toronto is on track to have the coldest May 28 in recorded history, according to Environment Canada warning preparedness meteorologist Peter Kimbell.

The daytime high only made it up to 4°C by Friday afternoon. The next coldest May 28 was back in 1889, according to records for downtown Toronto that date back to 1840.

That means it’s been 130 years since it’s been this cold. There have been colder nighttime lows, but this was the coldest afternoon.

The unseasonably chilly temperatures are due to “nasty northeasterly winds” and rainclouds that are blocking the sun, Kimbell told Daily Hive.

When the clouds clear Friday evening the temperature could climb — but it probably won’t pass 10°C at this point, he said.

“It’s a bit of a shock to see flurries and white snowflakes when it’s supposed to be a normal high of 22°C.”