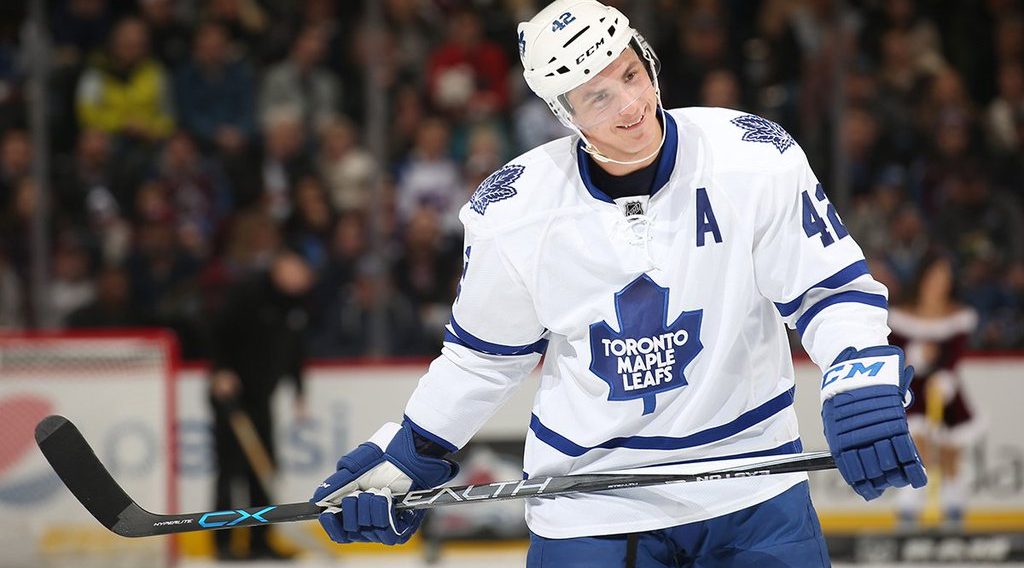 Frederik Andersen was a huge signing for Toronto, but that’s not to say the Leafs shouldn’t make any more moves in the month of June. More specifically, it’s time the Leafs parted ways with their “first line centre,” Tyler Bozak.

When Toronto signed Bozak in 2009, he was a young 23-year old college kid lacing up behind little to no centre ice talent. Matt Stajan was in his prime (though his highest points sum was 55), Jason Blake was on the decline, and Nazem Kadri spent most of the season with the OHL’s London Knights. Aside from Stajan, Mikhail Grabovski was Toronto’s other top centre, playing just his second season as a regular NHL starter.

Seven years ago Bozak’s services were needed in Toronto, but now that’s no longer the case.

Toronto has Kadri signed through the 2021-22 season, as well as top assets William Nylander and Mitch Marner who are expected to lace up this year. For veteran presence, the Leafs have Brooks Laich and Peter Holland in the system, not to mention Byron Froese who is excellent in the faceoff circle.

Granted, Bozak is known as a solid faceoff man, having won 56.4 per cent of his draws last season. This statistic puts him up there with the likes of Patrice Bergeron and Jonathan Toews (57.1 and 58.6 per cent, respectively), though he has failed to produce consistently in other areas.

First and foremost, Bozak has never had a 50-point season. In his seven-year career, he’s played just two full campaigns, totaled one 20-goal season, and is rarely a consistent point producer. As a rookie in 2009, Bozak spent half the season with the Toronto Marlies and his offensive totals were quite underwhelming. In 32 contests, Bozak tallied 20 points to go alongside a meager 6.2 shooting percentage.

According to Sportsnet.ca, however, his totals improved during the latter half of the season once he was called up. Centring Phil Kessel and Nikolai Kulemin for 30 games, Bozak registered 23 points (0.77 pts/gp) and Kessel was recording more than a point each night. In 325 minutes of five-on-five ice time, Sportsnet indicates the line recorded 55.6 per cent of the Leafs goals and 50.7 per cent of its shots, possession numbers never again maintained.

The following year, Joffrey Lupul was placed on Bozak’s wing for the next season and a half, and while Lupul’s production skyrocketed and Kessel remained consistent, Bozak’s numbers continued to be average at best (79 points in 135 games).

Afterwards, James Van Riemsdyk joined Bozak’s wing to create one of the NHL’s top lines for the next two and a half years. Together, the trio produced 26.7 per cent of Toronto’s regular season and playoff goals, but of course this doesn’t last once Kessel departs.

Before being dealt to Pittsburgh, Bozak’s career was dependant on Kessel’s elite talent. Since 2009 leading up to his departure, 85.5 per cent of his 5-on-5 and power play ice time was shared with Kessel, 65.5 percent of his points came courtesy of Kessel’s goal scoring, and more than 90 per cent of Bozak’s points were recorded with Kessel on the ice.

Now Kessel is gone, Lupul continues to get injured, and JVR is slotted to be the top winger alongside a centre other than Bozak. Since being brought into the Leafs’ system, Bozak’s been riding the coattails of an elite talent, and even then his numbers have never been spectacular. Without Kessel this season, Bozak, now 30, regularly skated alongside new faces and tallied an average 0.60 pts/gp in 57 contests.

This isn’t to say Bozak’s not a good player – he is – but given Toronto’s centre ice depth, Kessel’s absence and upcoming youth, Toronto no longer needs its longest serving skater.

Teams are always looking for players up the middle, and flipping Bozak to acquire another pick or two on draft day should be Toronto’s next area of business.