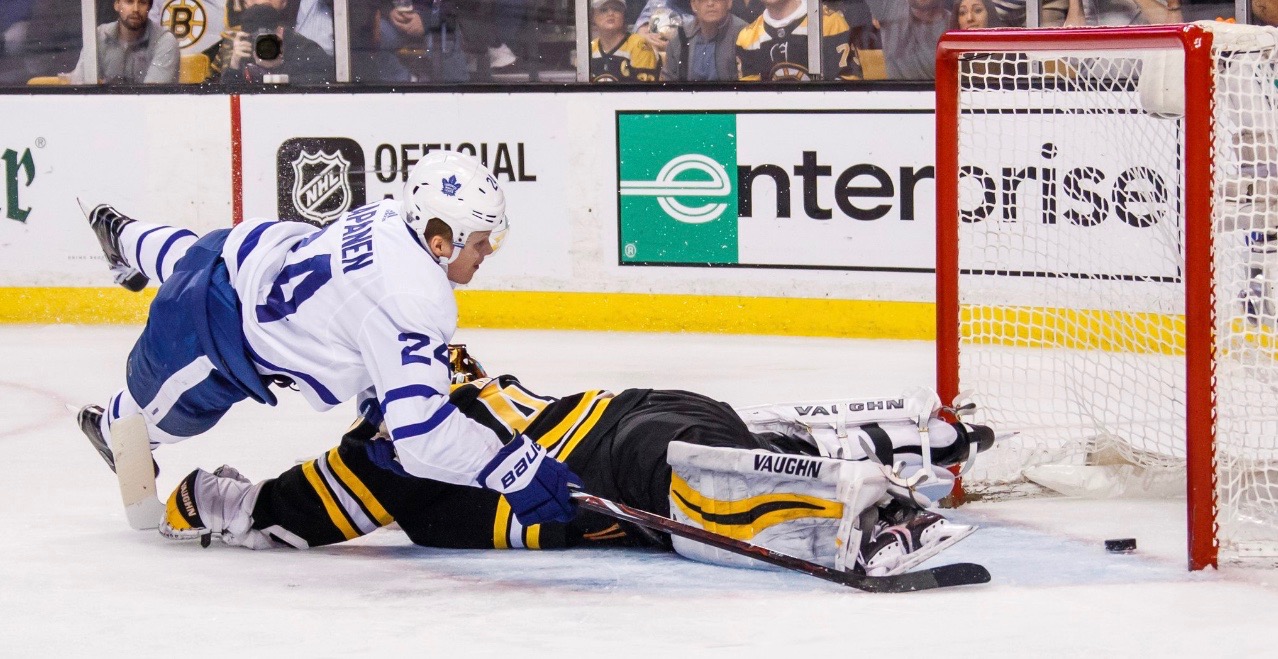 While they certainly had their chances, the Toronto Maple Leafs were unable to advance to the second round, losing Game 7 of their first-round series against the Boston Bruins by a score of 7-4.

Toronto held the lead three times in the game, including carrying a 4-3 score into the third period.

But Boston struck back with four-straight goals in the final frame, putting the icing on the series with a Brad Marchand empty netter with just 51 seconds left in the game.

The Bruins outshot the Leafs 36-24, including a 24-14 margin over the final two periods.

Each of the teams relied on a first-year addition to their team for a pair of goals.

21-year old Jake DeBrusk found the net twice for the Bruins, including the game-winner, while Toronto’s Patrick Marleau struck twice in the first period to give Toronto 1-0 and 2-1 leads.

Marleau’s first effort came as the result of a tip-in on the power play, just 2:05 into the first period.

After DeBrusk evened things up at one, Marleau’s second goal of the night (and fourth of the playoff series) put the Leafs ahead with a little under fourteen minutes remaining in the first period.

While uneven penalty calls had been a storyline earlier in the series (particularly in a Game 5 when Toronto faced six shorthanded opportunities to Boston’s one), each team was called for four minor penalties on the night.

The Leafs had their best chance for a victory when they went ahead 4-3 during the second period on a shorthanded effort from Kasperi Kapanen, who had hit the post a number of times throughout the series.

Kapanen edged out Marchand in a footrace, and completed a deke past Bruins goaltender Tuukka Rask to put Toronto up by one.

But it would be their last moment of joy, as they’d be unable to muster up any more offence.

Following the game, Toronto defenceman Jake Gardiner, who was on the ice for five of Boston’s goals and was beaten by DeBrusk on the series winner, was noticeably emotional.

Jake Gardiner had tears in his eyes as he spoke to reporters. Says he let a lot of people down.

Despite the defeat, there were some silver linings being pulled out from the Twittersphere.

For the Leafs, that's an ugly end to a winnable game and series and it exposes more than a few holes that will be tough to fix. But it's also not the 2013 collapse, or really anywhere close, and some people are already trying way too hard to make it that.

The Leafs will be back, but let’s remember they were good enough to be here this season and they looked good enough to win Game 7 for 40 minutes. This isn’t a young team that collapsed. This isn’t 2013. No way. This is a really good team that lost to a better team. That’s it.

I’ll say this for the Leafs…0/2 in playoff series over the past two years but they brought the most excitement in each of those first rounds & scared the hell out of two really good teams. You improve that defense and they’re a serious problem

Boston advances to face off against the Tampa Bay Lightning, as the top two seeds in the Atlantic Division gets things underway in their second-round series on Saturday.