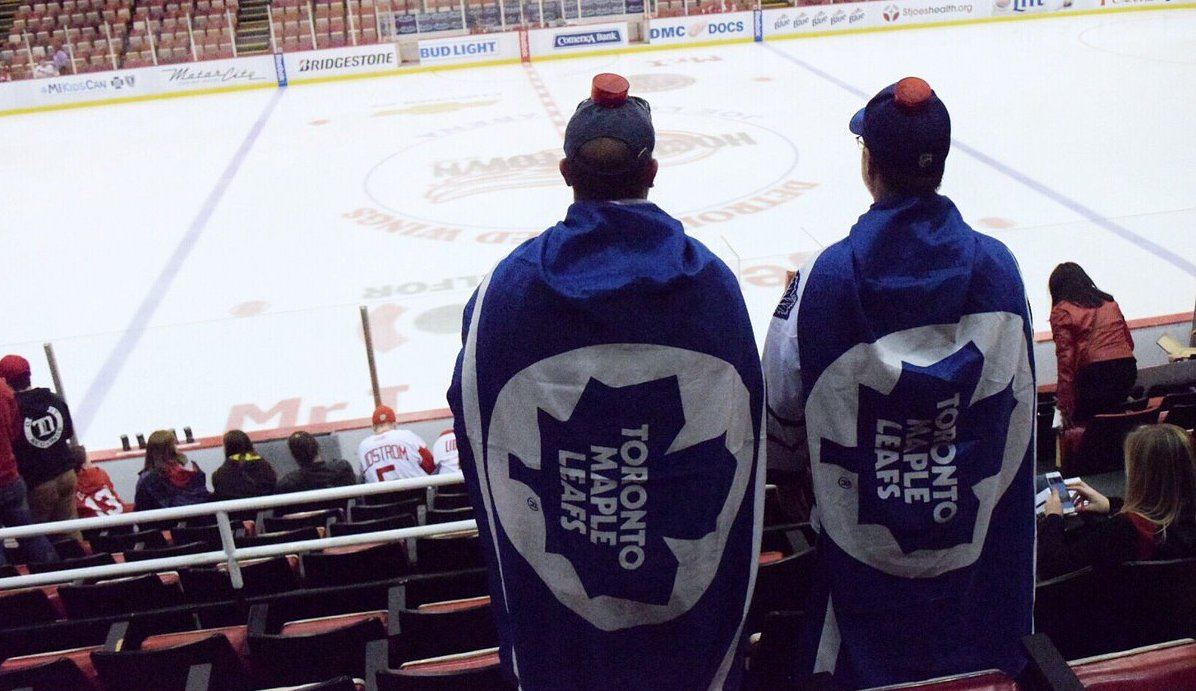 Well, Leafs fans, playoff season is upon us.

This time of year doesn’t come easy, and it certainly isn’t something we get in abundance. So when the Toronto Maple Leafs make the playoffs, how much are we willing to fork out for game tickets?

Considering the Leafs have always been one of the NHL’s top three most valuable teams according to Forbes, it’s really never a surprise how much tickets to a game costs. Even during the regular season.

Now, being back in the playoffs for the first time in four years, Leaf fans have some decisions to make.

While the Raptors’ Jurassic Park will be a joint fan celebration zone for both teams, the die-hard fans will be looking for a seat indoors.

Starting the playoffs in the Capitals’ home is not the worst for Leaf fans in terms of cost. Because, and this will not come as a surprise, tickets in Washington are almost three times lower than the cost in Toronto.

Verizon Center in Washington currently has tickets to Thursday’s game for $65 US, compared to Toronto’s first home game at the ACC, which runs for $234 US. 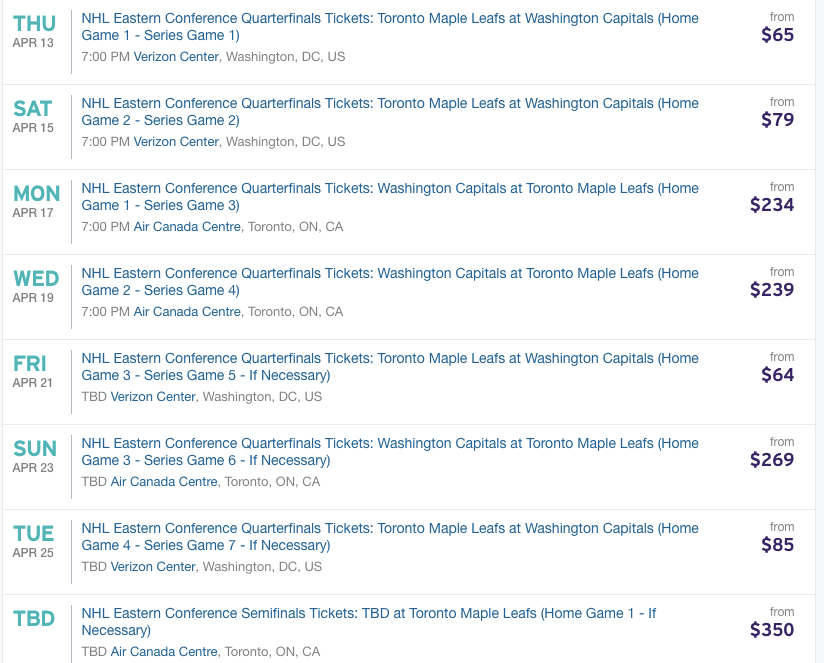 But the best part is, Ticketmaster is showing a ton of open seats at Verizon Center. In fact, the first two games still have more empty seats than taken ones.

Upper bowl tickets at the Center is as low as $60 US.

When was the last time the Leafs had this “Many Tickets” left during ANY game? 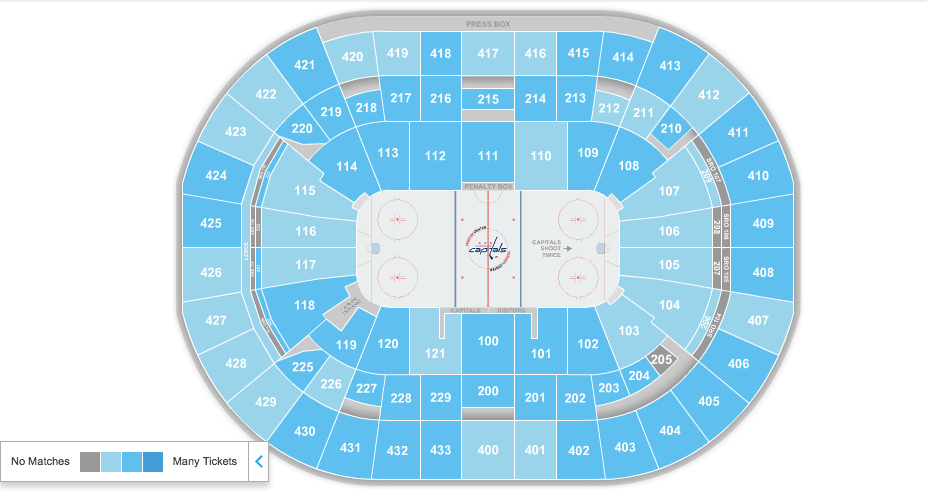 So breaking it down, a game in Washington for you and a friend would look like this:

Total cost in Washington for a game: Roughly $180 CA

That away game leaves you with extra cash for activities/beer and even a souvenir Washington keychain.

But of course, there’s nothing like a good ol’ home game at the ACC. So good luck saving up for the next time we make the playoffs. We’ll be at Uncle Tom’s watching the games on his big screen in the basement.

*Try to keep in mind it’s an 8-hour drive from Toronto, but hey, why not just turn it into a whole weekend in that case…