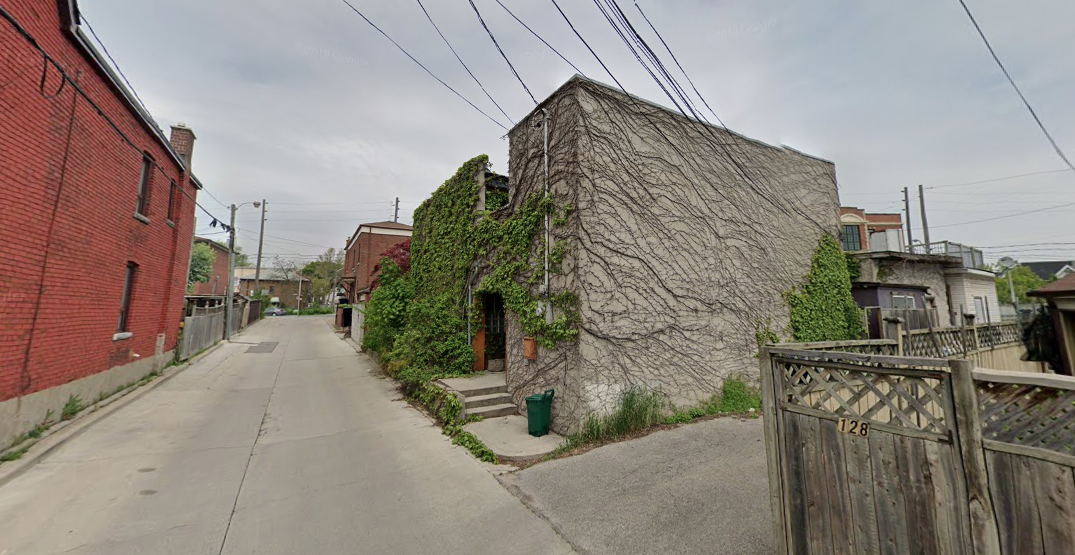 Tucked behind some of the city’s old Victorian Toronto houses are dozens of extremely architecturally interesting homes known as laneway houses.

These cozy homes — also called laneway suites — are built without a street frontage behind an existing house. They face a public laneway and are usually smaller and detached from the main house. Because of their limited space, these homes are often interestingly designed to make functional use of every available square inch.

Brigitte Shim, an architect and University of Toronto professor, along with her husband and fellow architect Howard Sutcliffe, designed and built one of the first-ever laneway houses in Toronto in 1992. Shim has since gone on to teach on the subject of laneway houses at U of T.

She says that when she and Sutcliffe set out to build their laneway home, being one of the first to do so meant they had to jump through many hoops and largely figure out on their own how they were going to make it happen. Laneway houses, thankfully, have since become much easier to build.

“The laneways are part of a Victorian system of back alleys,” Shim said. “Typically, they would be stables or accessory buildings. In fancier neighbourhoods, there would be a garage with a chauffeurs accommodation over it. In less fancy neighbourhoods, it would have been a contractors roofing supply place or a storage unit — all kinds of small miscellaneous places.”

It wasn’t until the 1990s when these buildings, or rather, the land they sit on, really started to be considered an opportunity for small-scale residential development.

Shim says she and Sutcliffe found a derelict laneway lot with six abandoned cars in what is now Toronto’s Leslieville neighbourhood. Wanting to build a modern home that was different from the swaths of Victorian homes in the city, the more secluded parcel seemed like a great opportunity.

“We thought it was a good thing to take this leftover parcel that nobody loved and actually make it a home in the city,” Shim said.

However, the process to build the 17 x 106-foot house that she and her husband still live in wasn’t easy.

“We were met with a lot of opposition, and we had to, in effect, go through a committee rezoning — an unofficial rezoning — to address issues of garbage pickup and sewage and mail delivery and emergency vehicles and a whole bunch of stuff,” Shim said. “So it’s just a little house, but we had to go through a very extensive process.”

After presenting all of the required information to the Ontario Municipal Board, it came to the decision that laneway housing is an untapped resource that should be encouraged, and Shim and her husband were able to go ahead with their build.

A post shared by Toronto Society of Architects (@tosoarch)

In the years since building her house, Shim says that various City Councillors started supporting the development of laneway houses, and Shim herself appeared before the City to express her support and explain the importance of these housing opportunities.

In June 2018, the City amended its bylaws to allow the development of laneway houses on all properties that have a residential designation.

Shim says that since the bylaw change, she has seen laneway houses grow in popularity, with companies now specializing in building these types of houses.

But just because they’re allowed to be built, doesn’t mean it’s an easy feat. When building a laneway house, you’re dealing with extremely tight quarters and not a lot of room to place materials.

“It’s not like it’s cheap,” Shim said. “If you want materials to get in the back, you’ve got to get a certain Bobcat that’s super small to cart all the stuff from the street down to the laneway. The space between your house and your neighbours is only three feet wide. And in each laneway, there’s no standard size of anything, so every condition is a little different, not vastly different, but each one is unique and has its own issues around it.”

The City is, however, now trying to financially incentivize the use of laneway frontages and launched a Laneway Suites Pilot Program offering loans up to $50,000 to owners building rental laneway properties. To receive the loan, rent prices on these properties cannot exceed the city’s average market rent for 15 years.

Shim says that laneway houses in Toronto give more options to people wanting to live in the City without having to opt for a condo or suburban home.

“Laneway housing really provides choice,” Shim said. “It gives lots of flexibility. The fact that your space in the laneway can be a studio or a space for a teenager, or you can use it to create rental income, or you can use it to incubate a small business — just a whole number of things that could happen.”