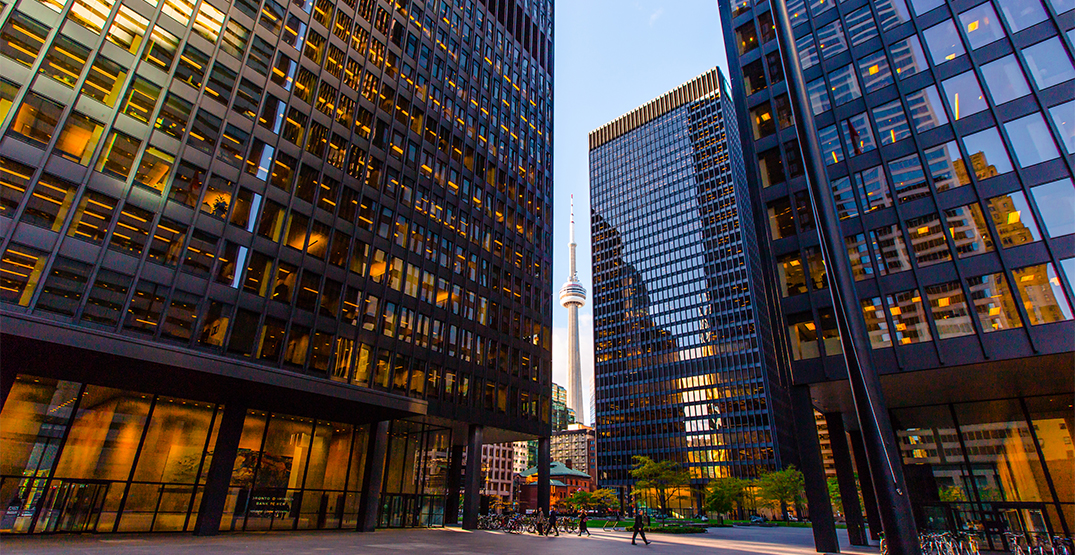 New data from the Toronto Region Board of Trade suggests the city’s downtown core is recovering more slowly from the pandemic compared to the GTA and the rest of the country.

The agency’s Recovery Tracker notes unemployment in Toronto is higher than Montreal and Vancouver. Accommodation and food-service sectors continue to struggle as fewer people commute to the city’s downtown core for work.

The Board of Trade also said the pandemic has disproportionately hollowed out Toronto’s Metropolitan Centre while the outer-lying Goods Production and Distribution District has seen a quicker revival of activity.

“A high-density environment and clustering of companies, institutions, and talent – including the concentration of white-collar workers – have historically been key enablers of the growth and prosperity seen in the downtown core,” the Board of Trade said in an October 1 report. “The same characteristics have led to the MC experiencing the worst of the pandemic-induced economic downturn.”

The Board of Trade estimates 67% of workers in downtown Toronto have the capacity to work remotely, resulting in a mass exodus from the region.

“While high-skilled service industries experienced the least impact since the start of the pandemic, their shift to remote work has had widespread ripple effects on the many local businesses,” the report said.

This mirrors effects seen in US cities where areas with more skilled workers who transitioned to remote work saw larger drops in consumer spending.

The Recovery Tracker positions Toronto as part of Ontario’s larger Innovation Corridor encompassing the GTA, Hamilton, and Waterloo. According to the Board of Trade, the area accounts for a quarter of Canada’s national Gross Domestic Product (GDP).

The entire corridor has approximately 250,000 fewer jobs now than it was forecast to have by this time if the pandemic had never happened.