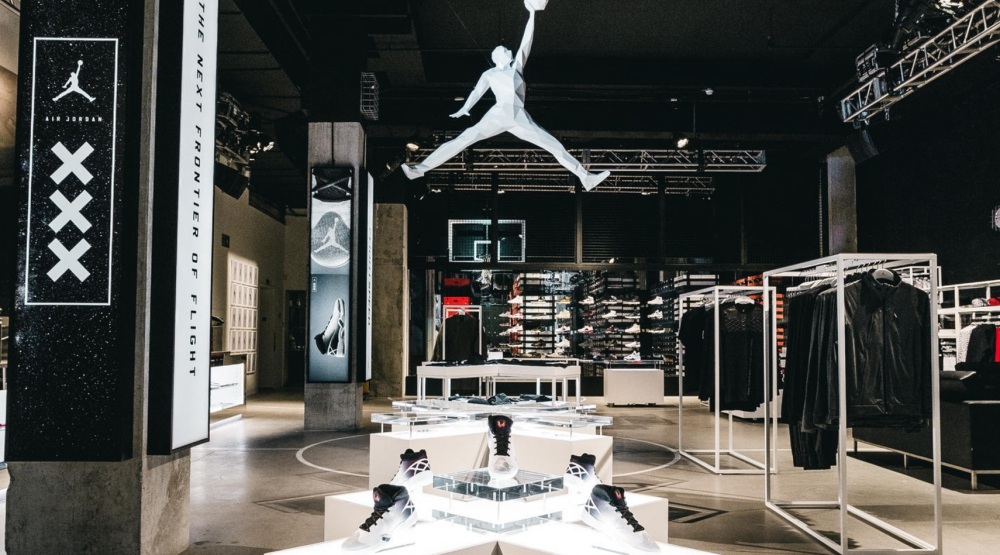 First launched as a pop-up during All-Star weekend in 2016, the collaboration between the Michael Jordan-inspired Nike brand and Foot Locker is set to re-open permanently at 306 Yonge Street in Toronto on Saturday, May 27.

According to a Nike news release,

…the permanent space will expand both its footprint and new customer experiences that build upon the opening weekend buzz, which included key shoe drops and visits by Jordan Brand family members. Carmelo Anthony, Russell Westbrook, CP3, Jimmy Butler, Kawhi Leonard, Victor Oladipo, and LaMarcus Aldridge all stopped by, but it was a special opening-day visit by Michael Jordan–the man who inspired the brand over 30 years ago–that incited the most excitement.

In advance of the store opening this weekend, @jumpman23 has released a star-studded hype video on social media featuring Tyler Ennis, Marcus Stroman, and Tyrone Edwards