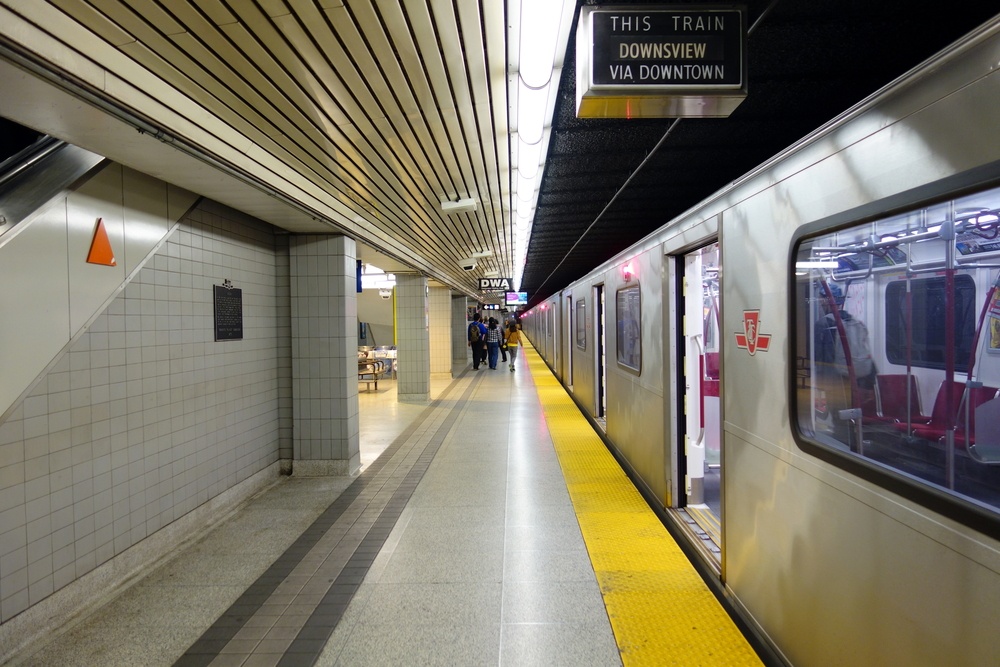 After a public meeting last week in regards to the Relief Line, Mayor John Tory spoke to the media and public on Wednesday to push the province for support.

Speaking at Carlaw and Queen Street East, Tory said the Relief Line would ease congestion on the Yonge Line.

Last summer, Toronto City Council approved a preferred alignment and station locations for the Relief Line from Pape to Downtown via Queen/Eastern. The alignment was subject to assessment of an additional alignment within a local segment on Carlaw.

The first option would be a subway running under Pape from Queen to Danforth, with stations near Queen and Gerrard. The second would see a subway running under Carlaw from Queen to the GO Rail Corridor, then running diagonally under commercial and residential properties to connect to Pape near Riverdale Avenue, with stations near Queen and Gerrard. 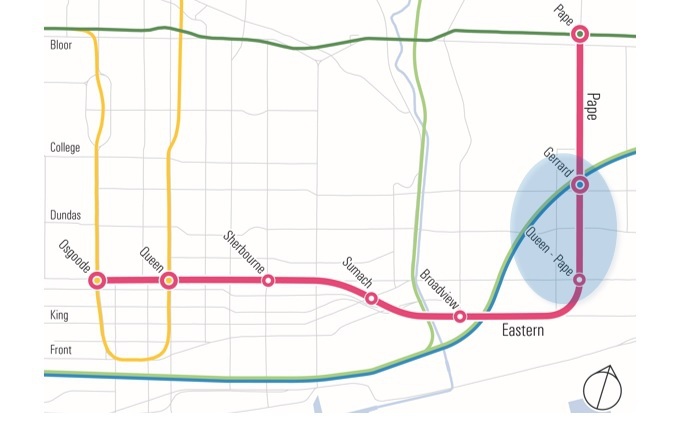 The Carlaw option was recommended at the meeting. According to the City’s presentation, the Carlaw option best achieves city-building objectives, is the best opportunities for transit network connectivity with SmartTrack and surface transit, and is the most compatible with preserving integrity of existing neighbourhood. 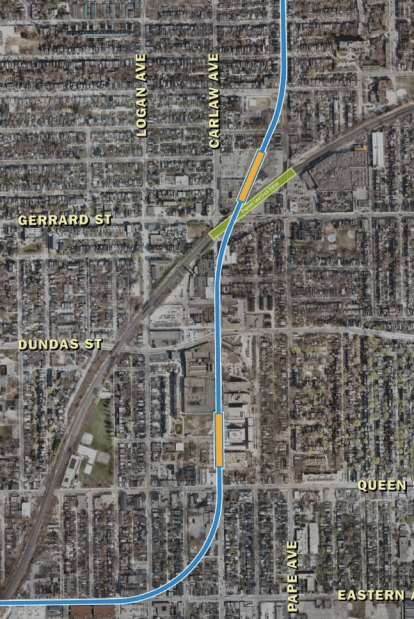 Tory said that the TTC system is at capacity with 750,000 trips made every day on the Yonge line.

And while the new alignment proposal has yet to go to council, Tory has been looking at the province to support the Relief Line.

Looking for provincial govt to continue strong partnership with City & federal govt so we can #getTOmoving & build the Relief Line.

The Relief Line will head to the City’s Executive Committee meeting on May 16 before heading to council on May 24.