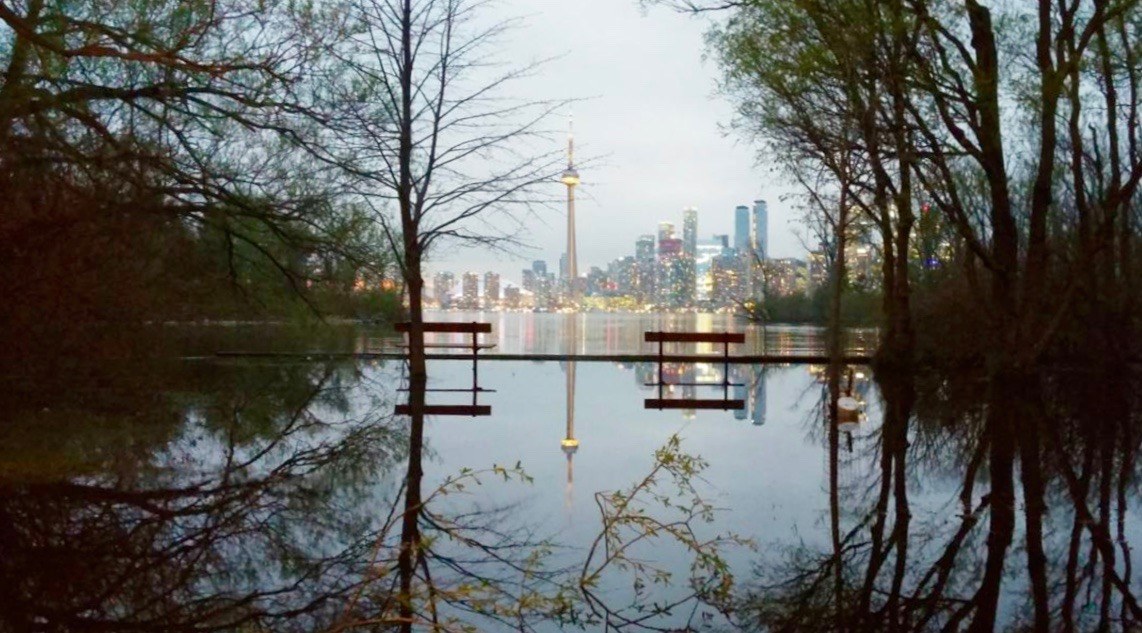 The Toronto Islands are already underwater and Lake Ontario is expected to continue to rise with or without additional rainfall.

Which has led to the City of Toronto issuing notice that the park, which has already been closed to the public since May 5, will remain closed until at least July.

All Toronto Island Park permits, “up to and including June 30 are cancelled due to flooding.” The means the Island’s beaches are closed until further notice as well, Centreville, the Island’s amusement park, is also “closed and will remain closed until at least June 30.”

Per the news release:

In the interest of the public safety of residents, visitors and City of Toronto staff, Toronto Island Park remains closed to the general public due to rising water levels.

This spring, Toronto experienced high levels of rainfall and as a result, Lake Ontario and watershed levels throughout the city continue to rise. The City has been working closely with Toronto and Region Conservation Authority to monitor Lake Ontario water levels, which are expected to rise, even without further rainfall, for several more weeks. Even at the current levels, experts advise it will likely take several weeks for the water to subside.

Staff continue to evaluate the situation on a daily basis and will make decisions about access and park operations according to conditions.

Despite pooling water at Billy Bishop Airport, there has not yet been any disruption to service. Victoria Day fireworks are scheduled to go on as planned on the waterfront as well, but will now be deployed from a floating barge rather than from the beach at Ashbridges Bay.