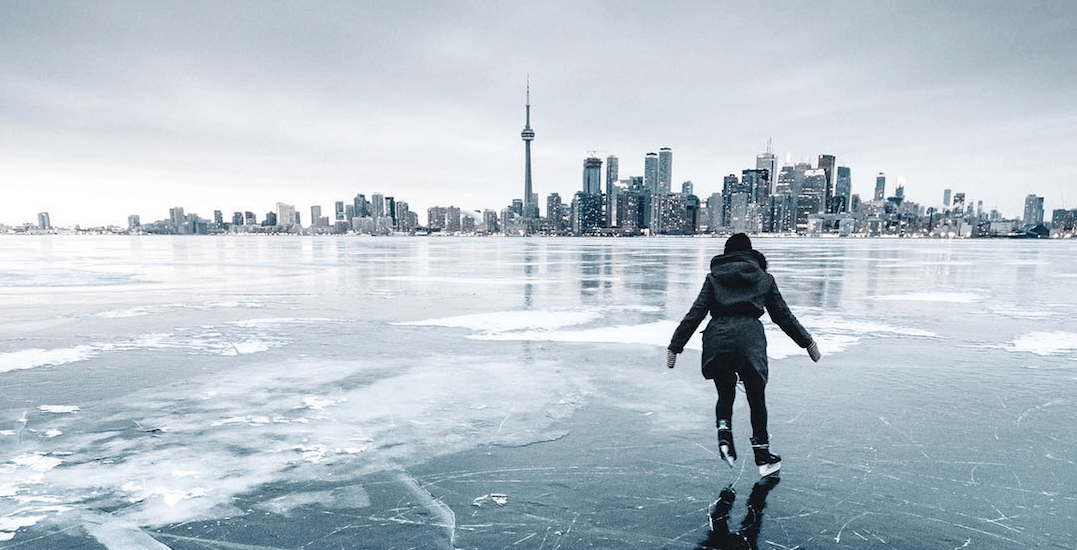 Regardless of the season, the Toronto Island is always a favourite local escape from the city.

And this season, despite the multiple “extreme cold weather alerts” we received and cold weather records that were broken, the Island was still alive with some good old fashion winter fun.

From playing hockey to ice boating on the frozen harbour, there’s been no shortage of brave locals embracing the cold and enjoying the island this winter.

And it was these beloved winter activities that actually caught the attention of a writer from the New York Times, who singled out life on the Toronto Islands during the winter months.

In an article titled, “Shivering? That’s for City Folk. For Islanders, Ice Time Is Play Time”,  Catherine Porter recognized the islands’ 620 residents and their love for the island even during times when it’s so cold the ferry stops working.

For those who have yet to venture to the island, it’s a quick 10-minute ferry ride from downtown. It is also home to a tight-knit group of individuals, who Porter described as “handy, patient and hardy people,” some of whom have lived on the island their entire lives.

The Island is mostly parkland, so regardless of the season, you’ll always find both islanders and city folk exploring and enjoying the space, which has recently become a popular spot to play a game of shinny despite Toronto police having warned everyone to stay on land.

According to Porter, some of the residents even use the frozen ice as their chance to skate to the mainland to pick up a few groceries.

It’s safe to say that every Torontonian should experience the beauty of the island during the winter months.

Just remember, if you’re thinking of lacing up and enjoying the frozen harbour, it’s really not safe. You may want to try one of the city’s rinks instead.