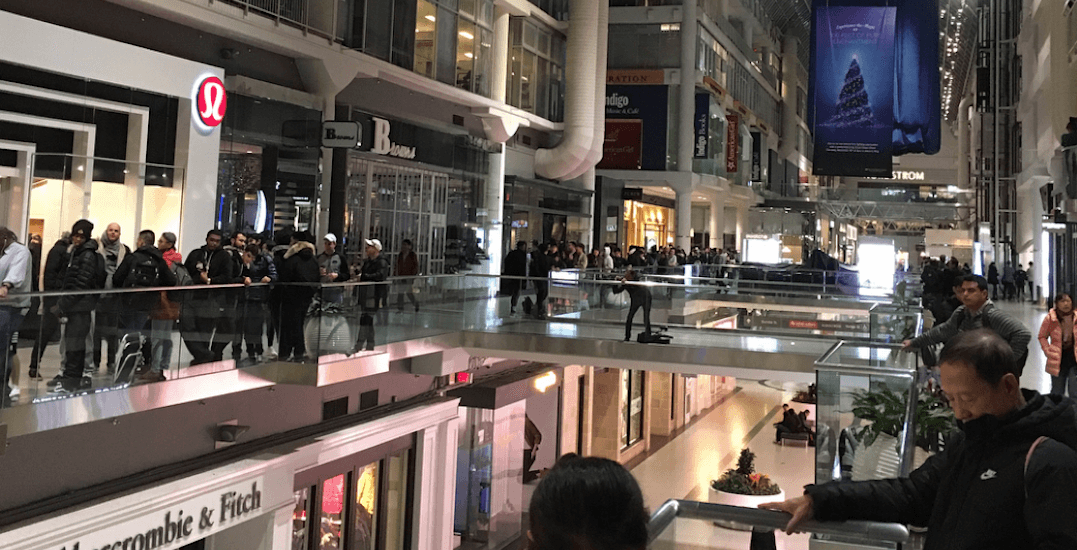 Today is a very important day in the Apple world, the new iPhone X is officially being released.

Hundreds of eager Torontonians lined up to score one of the new iPhone X devices and ‘patiently’ waited for the Apple doors to open at 8 am this morning.

The first man in line had been waiting for 28 hours.

Loyal Apple enthusiasts were in a line that snaked through multiple levels of the Eaton Centre before eventually curving outside, leaving many people waiting in the rain.

The new iPhone X will feature an all screen, edge-to-edge display. But probably the most impressive feature is Apple’s new Face ID, which unlocks your phone. Apple calls this “the future of how we unlock our smartphones and protect our personal information.”

The iPhone X officially goes on sale in Canada on November 3rd and pricing starts at $1,319 CAD for the 64GB model.

Let’s hope the hype is real!

The line now for #iPhoneX at the Toronto Eaton Centre. Walk-ins are limited to two units per person. Preorders start arriving today pic.twitter.com/yvweVfCE8w

What's this lineup at the back of Eaton Centre for? pic.twitter.com/zf8GCKkzhL