Housing affordability in Canada’s largest city continues to be “dreadful,” according to a new report from the Royal Bank of Canada (RBC).

According to the ‘Housing Trends and Affordability’ report for June 2019, affordability has improved recently in the country and it’s currently possible for most families to own a home in nine of the 14 markets RBC tracks. However, the dream of owning a home in Toronto still remains “elusive” for most buyers.

However, it’s a very different story in Toronto where only one in five families makes the necessary income to manage ownership costs, according to RBC.

The report also revealed that while owning a condo apartment opposed to a home opens the ownership field to more families, just one in five families are capable of doing so in Toronto compared to most other markets, where buying a condo apartment is within the reach of close to two-thirds of families. 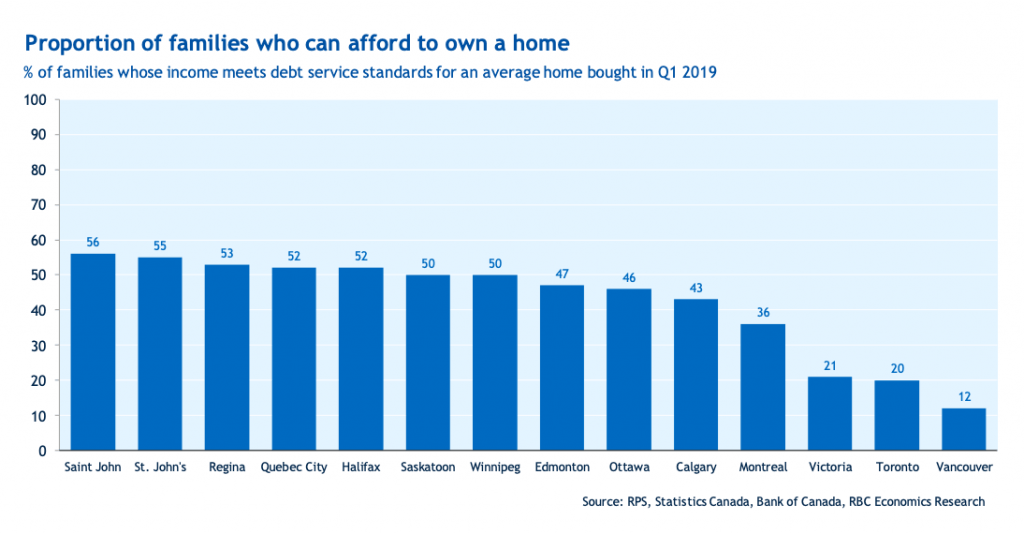 According to the June report, Toronto homebuyers had a “tiny break” in affordability last month.

This means that owning a home in Toronto is as challenging as ever.

“Despite kicking into gear late, the spring season brought compelling evidence that a (slow) market recovery is now underway,” said Hougue, adding, this will keep demand and supply in balance, and support further modest price gains.