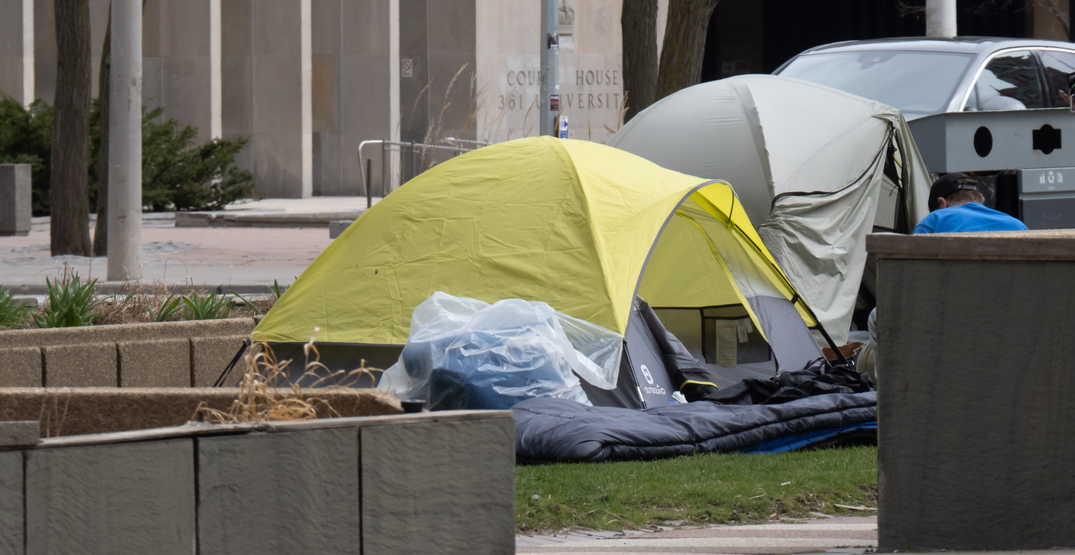 The City of Toronto has acquired over 1,200 hotel rooms to provide additional accommodation for homeless populations during the COVID-19 pandemic.

In a statement released by the city, officials explain that some 770 people have been transported to hotel rooms with another 492 people moved to community spaces.

The additional housing comes as a response “with respect to (the city’s) unprecedented, determined and expedited action to protect those experiencing homelessness in Toronto.”

Toronto’s Support & Housing Administration (SSHA) has been working diligently in association with multiple organizations to create fast-acting solutions for one of its most vulnerable populations.

Such organizations include Toronto Public Health and other City divisions, provincial and federal governments, as well as the non-profit community sector.

However, some believe that the close-quarters in some Toronto shelters are a direct violation of the Canadian Charter of Rights and Freedoms. More specifically, sections 7 and 15, the right to life and security of shelter. They also believe these violations breach the Ontario Human Rights Code.

The post describes how the CCLA and their partners are “deeply concerned” regarding the City of Toronto’s continuance in operating and overseeing shelters that do not align with the established physical distancing standards.

It continues that these endangerments posed to those living in the shelter system has forced many to set up tents and campsites outside rather than risk entering spaces where there are already people who are infected with the virus.

“At the most recent count, there are 135 confirmed Covid-19 cases in 12 different shelters – and more to come. The City’s conduct has endangered not only homeless people, but also shelter staff, healthcare workers, their families, and the broader community.”

The CCLA continues that the threats are a direct result of the Toronto Shelter and Respite Standards, which only require that the spacing between beds be 2.5 feet apart, much smaller than the allotted 6-feet required for physical distancing.

“This is particularly disturbing at a time when everyone is being told to ‘stay home,’ when hotels are going bankrupt, and rooms and student residences are sitting empty,” the post explains.

“The lack of appropriate accommodation six weeks into this crisis and the city’s conduct violate individuals’ Charter rights, including the right to life, security of the person, and equality.”

The CCLA previously wrote to Mayor John Tory on March 29 regarding these matters, outlining the need for housing, “or, at a minimum, safe non-congregate shelter spaces, for example, by using a temporary measure the thousands of hotel, motel and student residence rooms that are currently sitting empty.”

Toronto has been too slow to provide or acquire adequate shelter and move people from crowded spaces into suitable housing. Yet countless rooms are sitting empty. We need that action now. Today.

Additionally, they wrote a letter to the City of Toronto on April 20, demanding that they create appropriate physical distancing immediately, stating that if they did not do so, the organizations would initiate legal action.

Toronto has the largest shelter system in Canada, with 75 shelter and respite sites for over 7,000 people, the City of Toronto statement explains. This figure includes nearly 3,000 people that are already being sheltered in hotels and family settings.

At the beginning of the coronavirus outbreak, SSHA, in conjunction with Toronto Public Health, conducted an impact assessment to decipher which areas were at the greatest risk to ensure that the city would be able to prioritize its actions effectively.

One of the most critical areas of the prevention efforts has been to work with service providers to initiate procedures that promote physical distancing measures onsite whenever possible.

Such procedures include reducing the use of or eliminating bunk beds.

As of Friday, April 24, the City of Toronto has also supplied $1.2 million to various community partners serving the homeless community to provide personal protective equipment.

Additionally, the city has also increased its number of shelter and respite sites to promote physical distancing in all areas.

“Relocating people out of a familiar shelter setting, however, is complex,” the statement explains. “Respecting individual needs remains a key consideration before moving someone to a new space. The City also needs to ensure that any new location has undergone life safety inspections and that the site has adequate amenities for residents.”

The city also continues to work with hospitals to ensure that discharge protocols are in place in testing centres and hospitals so that homeless populations are appropriately cared for and isolated, rather than discharged and returned to shelters while they await results.

The City of Toronto has also opened a 200-bed recovery facility for homeless individuals who have tested positive for coronavirus.

It is also collaborating with the provincial government to ensure expand its coronavirus testing within the shelter system, “an area of Provincial responsibility.”

The statement explains that the city’s response to the coronavirus outbreak in shelters is a “matter of keen public interest,” continuing that implementing a well-rounded response as efficiently as possible for one of Toronto’s most vulnerable populations is considered a priority.