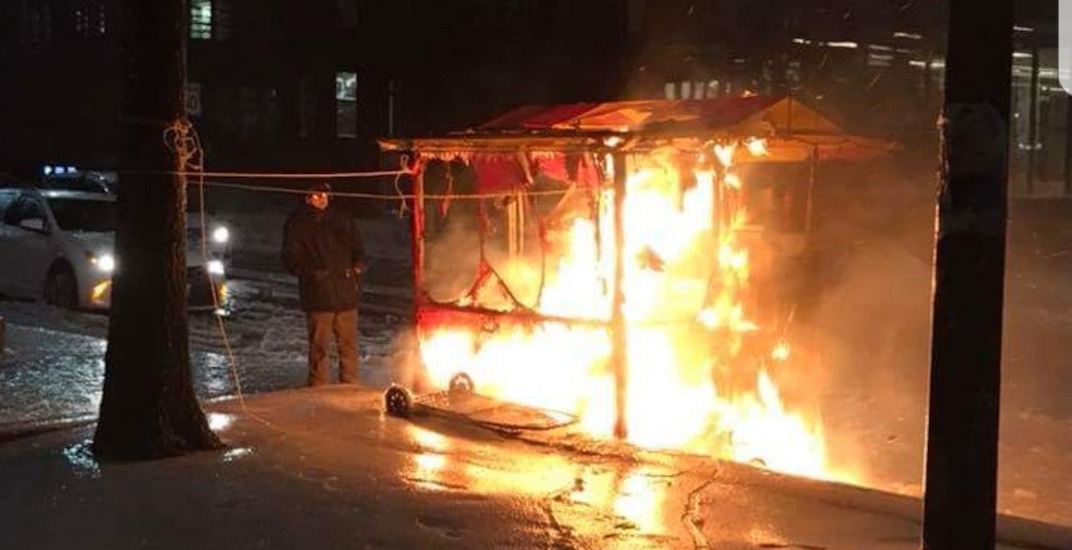 Following a fire that burned down a beloved hot dog stand, the public has come together to help the owner as best they can.

After seeing photos of the popular University of Toronto food cart literally go up in flames, David Wosnick, a first-year graduate student, set up a GoFundMe page to raise money for the small business.

“Anyone who has ever come to this stand has encountered how sweet this man is. He truly loves this university and the students who attend it. Most of us have stopped by for a hot dog and a quick chat between classes or study breaks and have enjoyed his company along the way,” reads the GoFundMe page.

“As students of U of T, some of us forget that not everyone has been lucky enough to be offered the path of education. I can only imagine what was going through his head as he watched his livelihood burn down. ”

According to the page, the fire broke out Sunday evening, and the stand, which is located outside John P. Robarts Library near Harbord and St. George Streets, was quickly engulfed in flames.

Wosnick set the GoFundMe goal to $5,000, and within days, they’d not only met their goal, they’d surpassed it too.

With the funds, the owner will be able to recover from the fire and hopefully get a new stand up and running soon.